Royal duties wait for no one.

On Wednesday, January 9, Kate Middleton will be turning the gracious age of 37-years-old. And as a royal, with the world at your feet, you'd expect that each and every birthday would be marked with a massive bash or a lavish getaway but, the reality is actually far more humble. 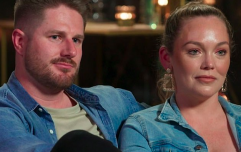 END_OF_DOCUMENT_TOKEN_TO_BE_REPLACED

For Duchess Kate's 37th, it even looks like her husband, Prince William, won't be in attendance as he's scheduled for royal duties that day. Yes, the Duke of Cambridge is set to visit staff at London's Air Ambulance which is celebrating its 30th anniversary this year.

William is rumoured to be spending the greater part of the day meeting with the charity at the Royal London Hospital in Whitechapel, and then joining them alongside patients and their families for a tea party to mark the special anniversary.

The event is being held in London which means that once it ends we're sure William will be making a beeline for Kensington Estate to spend the rest of the evening alongside his wife and three children, Prince George, Princess Charlotte and Prince Louis.

It hasn't been confirmed yet if they're any exciting birthday plans prepared for the Cambridge family but, we'll keep an eye out.

popular
Miracle baby on the way for bride whose partner died on wedding day
The age at which you lose your virginity can have a huge impact on your sexual enjoyment
Tributes pour in for 28-year-old primary school teacher killed in London
Johnny Depp confirms he will be back as Grindelwald in Fantastic Beasts 3
Here's the average age people lose their virginity around the world
Someone has ranked the penis size of men from all over the world
Paul Mescal is officially nominated as one of the sexiest men alive
You may also like
3 days ago
Is there a future for reality TV?
3 days ago
Pretty Little Liars fans are going to love new series One Of Us Is Lying
5 days ago
Coco is officially the Ireland's favourite Pixar film, according to science
5 days ago
You can now apply for the next season of Married at First Sight UK
1 week ago
Luther to return for brand new film on Netflix
1 week ago
10 autumn-themed movies that are practically essential viewing this season
Next Page