Katy Perry has fuelled rumours that she is getting ready for the pitter patter of tiny feet.

The 30-year-old posted a picture seemingly showing her wearing a ‘Mom’ necklace on Instagram on Tuesday, adding fuel to recent speculation. 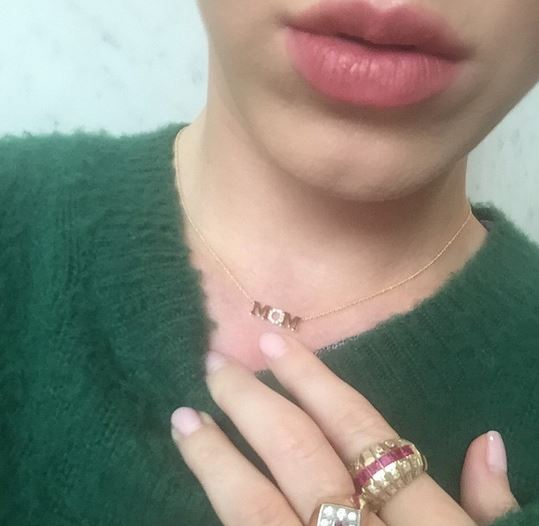 Katy shared this snap on Tuesday (image via Instagram).

END_OF_DOCUMENT_TOKEN_TO_BE_REPLACED

While the photograph could be seen as a cryptic confirmation, Katy also tweeted about spending time with her mother so the piece of jewellery could be for her.

A few weeks ago OK! magazine reported that the Roar singer is pregnant and that her on-off beau John Mayer is the father.

A source allegedly told the publication: “The baby news was a shock to everyone, but Katy and John are absolutely ecstatic.

“John and Katy are hunting for a house for their family in LA. It’s definitely a lot for them to take in, but they’re so excited about it all.”

The article was later denied by someone close to the star. They said: “Katy is not pregnant. She can’t even think about getting pregnant right now. She is in the middle of her world tour.”

And so the debate goes on...