It looks like Kevin Hart is in hot water.

The comedian has publicly apologised to his wife and his children in a clip posted on Instagram last night.

Rumours have been circulating the star for some time now, and exploded when a compromising video was posted (and then deleted) online.

Earlier this summer, Kevin denied reports that he had cheated, however, Radar Online published pictures of him in a car with a model named, Monique Gonzalez.

In the video where he apologises for his "mistakes" to his wife of one year, Eniko Parrish, he also claims that he was extorted for money.

“I’m at a place in my life where I feel like I have a target on my back," he said in the short clip.

“And because of that I should make smart decisions. And recently, I didn’t. You know, I’m not perfect. I’m not going to sit up here and say that I am or claim to be in any way shape or form. 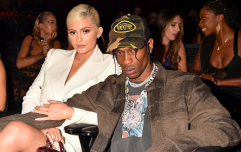 END_OF_DOCUMENT_TOKEN_TO_BE_REPLACED

“And I made a bad error in judgement and I put myself in a bad environment where only bad things can happen and they did. And I just, you know, it’s a s**tty moment.

"It’s a s**tty moment when you know you’re wrong and there’s no excuses for your wrong behaviour.

“At the end of the day man, I just simply have got to do better. But I’m also not going to allow a person to have financial gain off of my mistakes and in this particular situation that was what was attempted.

"I said I’d rather fess up to my mistakes," he explained. 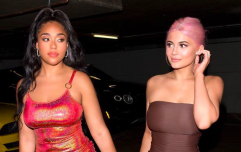 Kylie Jenner is 'torn' by what happened with Jordyn Woods and Tristan Thompson, claims reports

END_OF_DOCUMENT_TOKEN_TO_BE_REPLACED

“And in doing that I know that I’m going to hurt the people closest to me, who’ve I talked to and apologised to, that would be my wife and my kids.”

TMZ reports that the woman in question was demanding money for a “sexually suggestive” video.

Kevin has been married to Eniko Parrish for one year, and she is currently expecting his baby.

popular
6 winter accessories that make perfect gifts this Christmas
DSPCA and Gardaí rescue over 30 puppies and dogs from Dublin apartment
Ireland to be swarmed with freezing weather in the minus figures next week
Here are the new restrictions being considered for Christmas
Tributes paid to 29-year-old Irish woman who tragically passed away on holidays
Rob Kearney and Jess Redden arrive at wedding venue ahead of big day today
8 gorgeous Irish Christmas markets you need to visit this winter
You may also like
2 years ago
Did you dream about cheating on your partner? Here's what it means
2 years ago
Study reveals why people cheat and it's pretty heartbreaking
2 years ago
According to this study, people with this star sign are most likely to cheat
2 years ago
Ranking childhood board games from least to most satisfying to cheat at
2 years ago
Women are more likely to cheat after being in a relationship for this long
2 years ago
Tristan Thompson has responded to the Khloe/Jordyn cheating rumours
Next Page