Khloe Kardashian has given birth to her first child

According to reports, Khloe Kardashian has welcomed a baby girl with boyfriend Tristan Thompson.

A source confirmed the news to TMZ this evening and it's believed that Khloe's family including Kourtney, Kim and Kris were there for the birth.

Tristan is also thought to have been by Khloe's side as was her best friend Malika Haqq. END_OF_DOCUMENT_TOKEN_TO_BE_REPLACED

It's thought that the 33-year-old gave birth at around 4 am this morning at a hospital outside Cleveland and her little girl does not have a name as of yet.

The news comes in the midst of a turbulent week for the couple as rumours emerged that Tristan had cheated on Khloe. 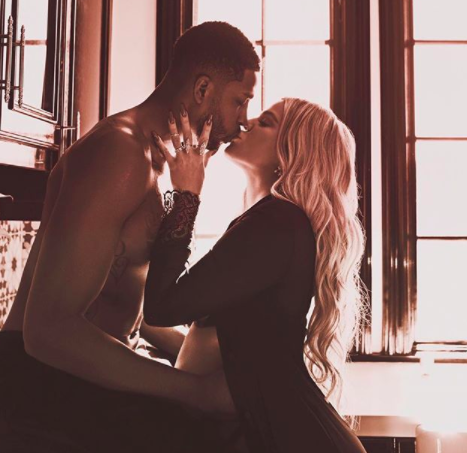 Photos that purportedly showed Tristan cheating on his reality TV star girlfriend have circulated and a woman has come forward, claiming she is pregnant with the basketball player's child.

popular
Family of four found dead in hotel sauna
Will the clubs be reopening on October 22? Here's what we know so far
Someone has ranked the penis size of men from all over the world
Police search for missing 4-year-old girl in Australian outback
"Real-life consequences": Strictly's Adam Peaty addresses near-kiss rumours
Here Are The Top 20 Most Common Pin Codes in The World
Irish TikTokers are telling their dads they paid €50 for 'premium air' in their tyres
You may also like
4 months ago
Chrissy Teigen makes second public apology for "awful" cyberbullying
6 months ago
Inside Scoop: Paul Mescal pints, podcast reviews and new couple alerts!
1 year ago
Maura Higgins sparks rumours she's heading BACK to the Love Island villa with cryptic post
2 years ago
Kylie Jenner and Jordyn Woods finally reunite but it's not all water under the bridge
2 years ago
Apparently, this is the 'secret' name Prince Harry goes by when he's out clubbing
2 years ago
Sofia Richie's latest move proves she has no beef with Kourtney Kardashian
Next Page