Kim Kardashian was held at gunpoint in her Paris hotel room

Kim Kardashian was held at gunpoint in her hotel room in Paris last night. Two men, dressed a policemen, entered her room before pointing a gun at her but luckily she was left physically unharmed.

According to The BBC, a spokesperson has said:

"Kim Kardashian West was held up at gunpoint inside her Paris hotel room this evening, by two armed masked men dressed as police officers."

"She is badly shaken but physically unharmed." 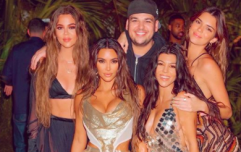 END_OF_DOCUMENT_TOKEN_TO_BE_REPLACED

It's thought they made off with millions worth of jewellery but this hasn't been confirmed.

Upon hearing the news that his wife had been held at gunpoint Kanye finished a concert early in New York telling the crowd he had to deal with a family emergency. He released the following statement:

"Due to a family emergency, Kanye West was forced to end his performance towards the end of his set.

"We appreciate the great show he put on for fans to close the inaugural Meadows Festival.

"Our thoughts are with West and his family."

A fan caught the moment on camera where he announced that he would have to leave the concert.

When Kanye West starts Heartless and then stops the show because of a family emergency ??? pic.twitter.com/0xiPDycb4g 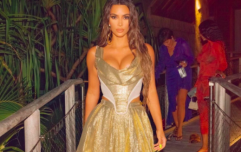 END_OF_DOCUMENT_TOKEN_TO_BE_REPLACED

Kim is currently in Paris with her mother, Kris Jenner, and her sisters Kourtney Kardashian and Kendall Jenner for Paris Fashion Week. It's the second time in a week where she has been attacked, with a prankster jumping at her while trying to kiss her ass.

Girls With Goals || Her · Ep.151: 'A Story Shared' - Aoife P. Rafter on blogging during a pandemic and living with CF
popular
Zoe Alexander Says X Factor Made Her Look Like a 'Fool'
"I don’t know where I’d be without her:" Paul Mescal chats new girlfriend in candid new interview
Gwen Stefani reportedly pregnant with baby number four
Someone has ranked the penis size of men from all over the world
QUIZ: Can you guess the TV show from the kitchen?
'They're Dead To Me Now' - Kate And Oliver Hudson Have Been Disowned By Their Father
If you constantly have a cold nose, this could be the reason why
You may also like
1 month ago
40 iconic Kim Kardashian quotes to mark her 40th birthday
5 months ago
Kim Kardashian is launching her own true crime podcast with Spotify
7 months ago
Kim Kardashian says production on KUWTK 'shut down for a week' after her fight with Kourtney
10 months ago
Kylie Jenner shows Kim Kardashian her favourite mascara hack and it's actually a game changer
10 months ago
Kim Kardashian's eldest daughter looks 'like a teenager' in latest snap
10 months ago
1991-2019: The evolution of the ICONIC Kardashian Christmas card
Next Page