Gary Barlow has opened up about losing his daughter for the first time.

The singer’s daughter, Poppy, was stillborn in 2012 and the former X Factor judge has revealed that his solo single, ‘Let Me Go’, is about that devastating time in his life.

Speaking candidly to James Corden in an upcoming documentary about his life, Barlow revealed that the song keeps Poppy’s “flame” alive.

END_OF_DOCUMENT_TOKEN_TO_BE_REPLACED

"It keeps a life and a flame in the whole thing... It's not my voice, it's someone else's.

"I don't like there to be things that are unsaid really... and from that thing happening to my dad's passing, there's a lot of them in this record with me." 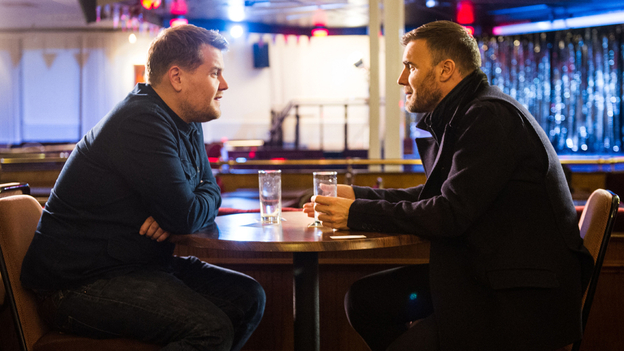 'When Corden Met Gary' airs tomorrow on BBC One.

The Take That star added: "It should be a celebration that song, because in some respects, it's alive that record and those lyrics and what it relates to. It keeps a life and a flame in the whole thing."

Lyrics from the song include the lines such as "a room full of sadness... a broken heart. Fly high and let me go."

The 43-year-old declines to comment any further out of respect for his wife Dawn.

"There’s a point where I’ll stop in respect to my wife".

When Corden Met Barlow will see the two men driving across the English countryside visiting places that were important in Barlow’s life.  The documentary will air tomorrow, May 5th on BBC One at 9pm.

Listen here to 'Let Me Go':

popular
Gabby Petito disappearance: FBI confirm remains found are that of missing woman
Germans shocked as cashier killed for asking about a face covering
New 911 call claims Brian Laundrie 'slapped' and 'hit' Gabby Petito
Designer Tom Ford's husband of 35 years dies at 72
Mother reunited with daughter who was abducted in 2007
Louise Cooney shares the incredible skincare product that has left her skin looking and feeling its best
Brian Conley Reveals The Truth About His Exit From I'm A Celebrity... Get Me Out Of Here
You may also like
2 years ago
Turns out, this colour of wine gives you the WORST hangover
5 years ago
Gwen Stefani Receives Massive Backlash After "Insulting" April Fools' Prank
5 years ago
Katie Price Names And Shames The Twitter Trolls Bullying Her Son Harvey
5 years ago
Kim Kardashian Blasts "Body-Shaming and Slut-Shaming" In Brilliantly Honest Post
5 years ago
WATCH: Emma Watson Launched HeForShe Arts Week On International Women’s Day
5 years ago
Kylie Minogue Just Served Kylie Jenner With Some Scathing Home Truths
Next Page