Liam Hemsworth has officially filed for divorce from Miley Cyrus

They announced their separation over a week ago.

According to TMZ, the actor filed a petition to end his marriage to Cyrus in Los Angeles today.

Documents obtained by the publication showed that Hemsworth has asked for a dissolution of their marriage. The pair are believed to have had a prenuptial agreement before exchanging vows.

Cyrus announced her split from Hemsworth last weekend, saying that the pair had decided to focus on themselves and their careers.

The statement came after Cyrus was seen kissing Kaitlynn Carter while on holiday in Lake Como.

Carter and husband Brody Jenner had announced the end of their own marriage just one week before. 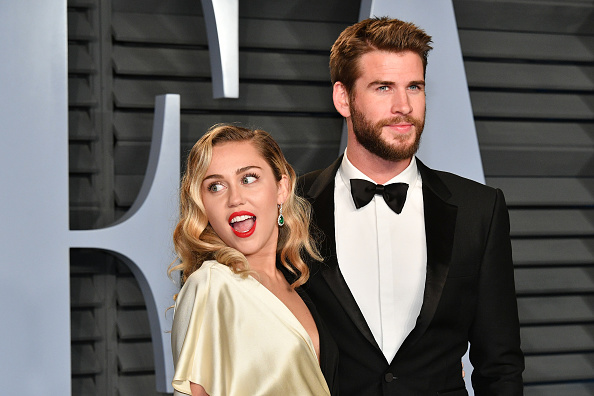 END_OF_DOCUMENT_TOKEN_TO_BE_REPLACED

Cyrus and Hemsworth had an on-again-off-again relationship since 2009 when they met on the set of The Last Song.

Hemsworth issued a statement via Instagram following their split saying that he would not be speaking to the press about the breakup.

"Just a quick note to say that Miley and I have recently separated and I wish her nothing but health and happiness going forward," he wrote.

"This is a private matter and I have not made, nor will I be making, any comments to any journalists or media outlets. Any reported quotes attributed to me are false."

Cyrus has yet to comment directly on the split.

She has, however, released a new song called 'Slide Away.'

popular
Daisy Coleman from Netflix's Audrie & Daisy has died, aged 23
Rupert Young, twin brother of Will Young, passes away, aged 41
The second season of Dirty John lands on Netflix next week and we’re already hooked
WATCH: Sneak peak of Paul Mescal in latest Rolling Stones' music video
WATCH: Paul Mescal stars in new Rolling Stones' music video 'Scarlet'
Staycation: TripAdvisor reveals the top 10 hotels in Ireland for 2020
I'm A Celebrity, Get Me Out Of Here moves to ruined castle in UK this year
You may also like
7 months ago
Cody Simpson has denied cheating on Miley Cyrus
7 months ago
Miley Cyrus shares inspiring message to people feeling low at Christmas time
7 months ago
'Always down to try' Miley Cyrus is cracking jokes about her divorce from Liam Hemsworth
8 months ago
Miley Cyrus has a dramatic new hairstyle and it's all thanks to her mum Tish
8 months ago
Elsa Pataky says brother-in-law Liam Hemsworth 'deserves much more' after split from Miley
8 months ago
Miley Cyrus takes break from Cody Simpson to 'focus on herself'
Next Page