X Factor: Celebrity judge Louis Walsh has said that Simon Cowell "needed" him back on the show.

After having been dropped as a judge twice before, the Mayo native is back for the latest incarnation of the show, X Factor: Celebrity, which is set to kick off with the live shows tonight [October 26].

Discussing his return to the ITV talent show, Louis claimed that "deep down" Simon knew he needed him back on The X Factor. 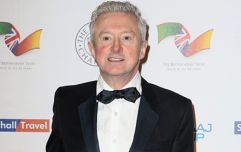 END_OF_DOCUMENT_TOKEN_TO_BE_REPLACED

"Simon has tried this before and it didn't work, but this feels like a completely new show and he may not want to admit it but deep down he knew he needed me back," He told The Sun.

"He always realises in the end. I think he doesn't like the fact I've had less plastic surgery than him, and me being on the panel is a constant reminder.

"But even his son wanted me back. Simon phoned me and said Eric told him, 'Can you bring back Uncle Louis?'"

Louis will be mentoring the Unders category when the live shows kick off tonight. The category is made up of EastEnders' Jonny Labey, Glee's Kevin McHale, Love Actually's Olivia Olson and Megan McKenna.

It comes as it was revealed one of the acts has undergone a bit of a change ahead of the live shows.

🚨NEWS KLAXON 🚨
The artists formerly known as The Love Islanders are pleased to announce their new name...

Much love to everyone who sent in name suggestions! #XFactorCelebrity #XFactor pic.twitter.com/8Va5bod8lm 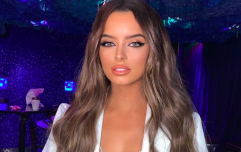 END_OF_DOCUMENT_TOKEN_TO_BE_REPLACED

The Islanders - a group made up of Love Island's Wes Nelson, Eyal Brooker, Samira Mighty and Zara McDermott - have changed their name.

"The artists formerly known as The Love Islanders are pleased to announce their new name...*drum roll* No Love Lost!" the show's official account tweeted. "Much love to everyone who sent in name suggestions!"

popular
A documentary about two Irish boys who skipped school to go to New York is coming soon
Ben Foden explains why he called Rachel Stevens "sexiest woman alive"
Nick Jonas and Priyanka Chopra's baby said to have arrived 12 weeks premature
These are the top baby names for 2022
And Just Like That... episode 8: Nobody saw this one coming
Love Island's Amber Gill could be banned from Instagram over ad controversy
Special mass to be held for Urantsetseg Tserendorj's anniversary
You may also like
3 months ago
Louis Walsh is holding auditions for a brand new boyband and girlband
2 years ago
Louis Walsh received the ultimate burn from Thom Evans on last night's X Factor
2 years ago
Nicky Byrne will 'absolutely' return to host Dancing With The Stars
3 years ago
A scene by scene analysis of the time JLS ruined Christmas for everyone
3 years ago
Louis Walsh just shared some MASSIVE Westlife news and it's happening next month
3 years ago
Here's who is being lined up to take over Louis Walsh's X Factor judging spot
Next Page