Cosmopolitan magazine has been criticised for its November cover which features the Kardashian Jenner family and the words "America's First Family".

This has caused controversy with many people pointing out that America already has a "first family", the Obamas. 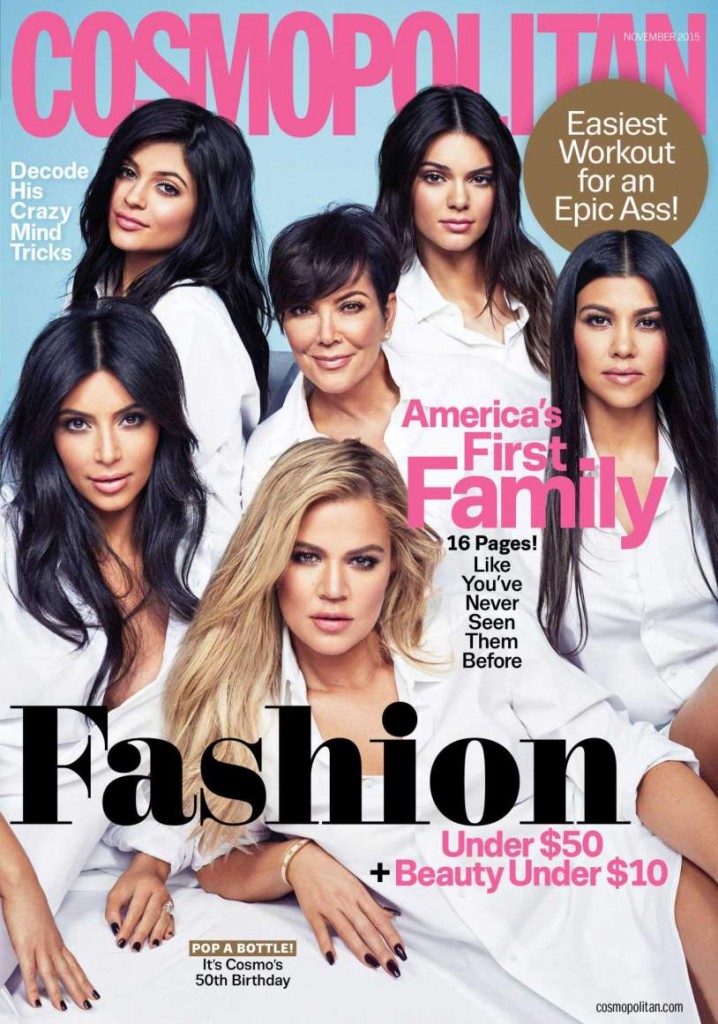 Kris Jenner and her five daughters, Kourtney, Kim, Khloe, Kendall and Kylie posed for the cover photo, all dressed in white.

This is the publication's 50th anniversary edition and Twitter users have had a lot to say about the decision to use the description for the reality TV stars.

Memo to @Cosmopolitan: THIS is America's First Family not the Kardashians pic.twitter.com/kj1FG8izZg

popular
Love Island's Gemma finally tells villa about dad Michael Owen on TV
Parent's Benefit Leave in Ireland is being extended from today - here's what you need to know
Love Island: Danica sets her sights on Andrew as Luca asks Jacques about his relationship with Gemma
10 stunning and affordable outfits that are perfect for a summer wedding
Irish girls name was the most used Irish name in the United States last year
Another of Gemma Owen's family could be headed for a reality show
Drama series about Maxine Carr and Ian Huntley is filming in Dublin
You may also like
3 weeks ago
Rebel Wilson comes out and introduces her 'Disney Princess' partner
4 weeks ago
Cyndi Lauper announces her mum has sadly passed away
1 month ago
Chris Pratt and Katherine Schwarzenegger welcome their second daughter
2 months ago
Joss Stone pregnant after experiencing pregnancy loss last year
2 months ago
Emeli Sandé supported by fans as she shares first snap of new girlfriend
3 months ago
Blue's Lee Ryan weds partner Verity Paris in secret
Next Page