They met on season eight of the show.

Bryce Ruthven and Melissa Rawson have announced they are engaged and expecting twins.

Revealing their news to New Idea magazine, the couple said that things happened "very fast," but hey, so did their entire relationship.

END_OF_DOCUMENT_TOKEN_TO_BE_REPLACED

"Melissa and I can't wait for this next chapter in our lives as we navigate parenthood as one happy, loving family!" Bryce said on Instagram.

Melissa added: "Byrce and I are ecstatic to FINALLY reveal that not only are we engaged We are also pregnant and expecting... TWINS! Words cannot describe the joy, love and pure excitement we feel for one another and for our babies."

END_OF_DOCUMENT_TOKEN_TO_BE_REPLACED

Melissa said that getting married for real seemed like the "logical next step" after their faux ceremony on the Australian reality show. The pair met on season eight of the TV series, and said that despite the high profile early days of their relationship, they won't be inviting MAFS producers to their big day.

While Bryce will most likely extend an invite to fellow MAFS grooms, it's unlikely that Melissa will be showing the same courtesy.

During her time on the series, fans were critical of the bullying Melissa endured at the hands of the other brides. Viewers also accused Bryce of gaslighting and dating abuse while the pair were together, claims that she has since dismissed as false.

Thousands of fans signed a petition earlier this year urging Australia's Channel 9, home to MAFS, to apologise for the way Melissa had been treated on the show. Such instances included Bryce being unsure about whether he wanted to commit to Melissa, and commenting on her appearance while she walked down the aisle. 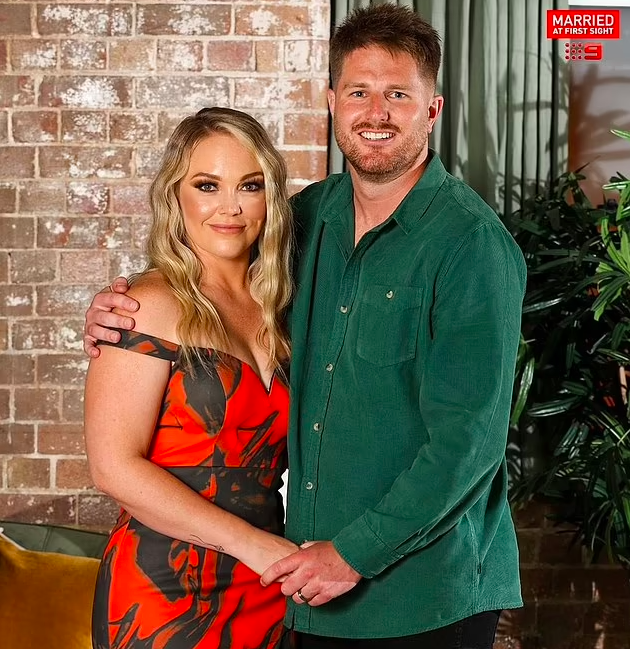 END_OF_DOCUMENT_TOKEN_TO_BE_REPLACED

"These signs are being disregarded by producers and the network and Melissa is being subjected to mental torture, very obviously to the viewer, creating a distressing viewing experience," said the petition.

Melissa and Bryce later said that their relationship had been edited in such a way and that they felt "broken" when they eventually saw the show.

"I feel enticed when lawyers are making contact - the show ruined my life, my mental health. There's never been a couple like us who look so putrid to Australians," said Bryce.

"People are claiming our relationship has triggered victims of domestic violence, but then Channel Nine says they've done their due diligence by us, but viewers are still interpreting it like such. Something has clearly gone wrong," added Melissa.

popular
Hilary Swank, 48, reveals she is pregnant, expecting twins
Davide Sanclimenti opens up on having kids with Ekin-Su Cülcüloğlu as he turns down Dancing On Ice
So apparently George and Mollie from Love Island aren't actually step siblings
Joanne McNally is set to be on tomorrow's Late Late Show
Lush to open its biggest Irish store this winter
Angelina Jolie accuses ex-husband Brad Pitt of abuse
Why Are Men so Obsessed With Boobs? The Answer is Pretty Surprising...
You may also like
3 days ago
Activist who rejected Oscar on behalf of Godfather star Marlon Brando dies aged 75
1 week ago
WATCH: First look at Netflix's YOU season 4
1 week ago
A Criminal Minds re-boot is happening – and here's everything we know
2 weeks ago
WATCH: The trailer for Mila Kunis' new Netflix movie is here
3 weeks ago
A docuseries about the 'Bling Ring' is coming to Netflix
3 weeks ago
The Handmaid's Tale confirmed for a 6th and final season
Next Page