Maura Higgins has shared her horrifying ordeal after the NTAs last week when a man tried to drag her into his car as she was leaving the awards.

The ex Love Islander told fans of her harrowing experience on Instagram stories, aiming to address the issue to street harassment, noting how serious it is. 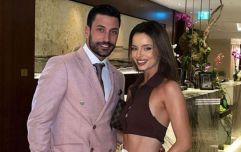 END_OF_DOCUMENT_TOKEN_TO_BE_REPLACED

Sharing a clip of CCTV footage of a woman being spiked by two men who then try to take her home, before getting stopped by a group of women, Maura wanted to show fans that it can happen to anyone.

She said: "For the people who think this does not happen… I can assure you it does!" 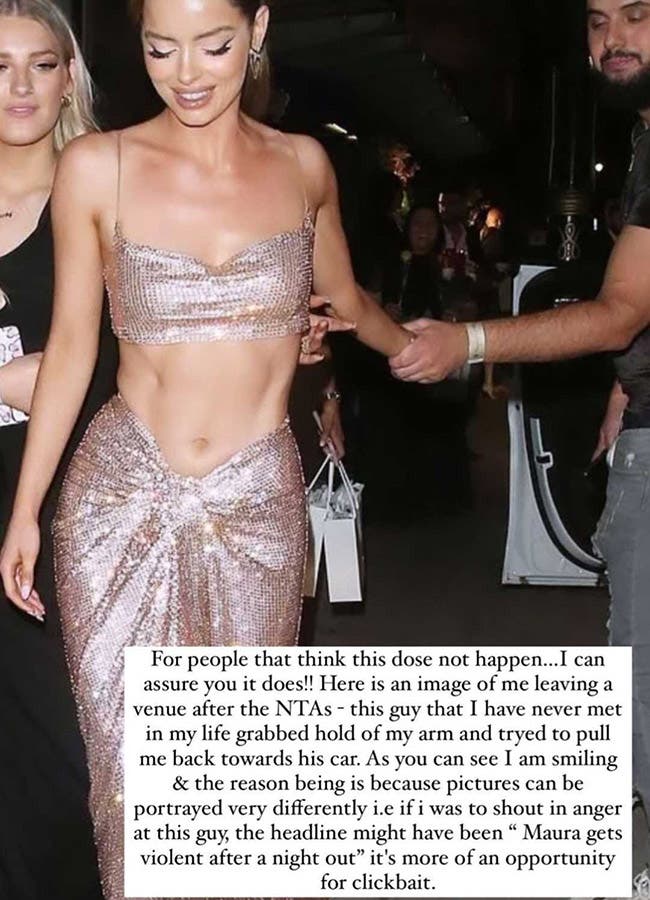 She then shared pictures taken by paparazzi of her leaving the National Television Awards and showed the exact moment that a man began pulling her by the arm to get her into his car.

She said: "Here is an image of me leaving the NTAs. This guy that I have never met in my life grabbed hold of my arm and tried to pull me back towards his car.

"As you can see I am smiling and the reason being is that pictures can be portrayed very differently." 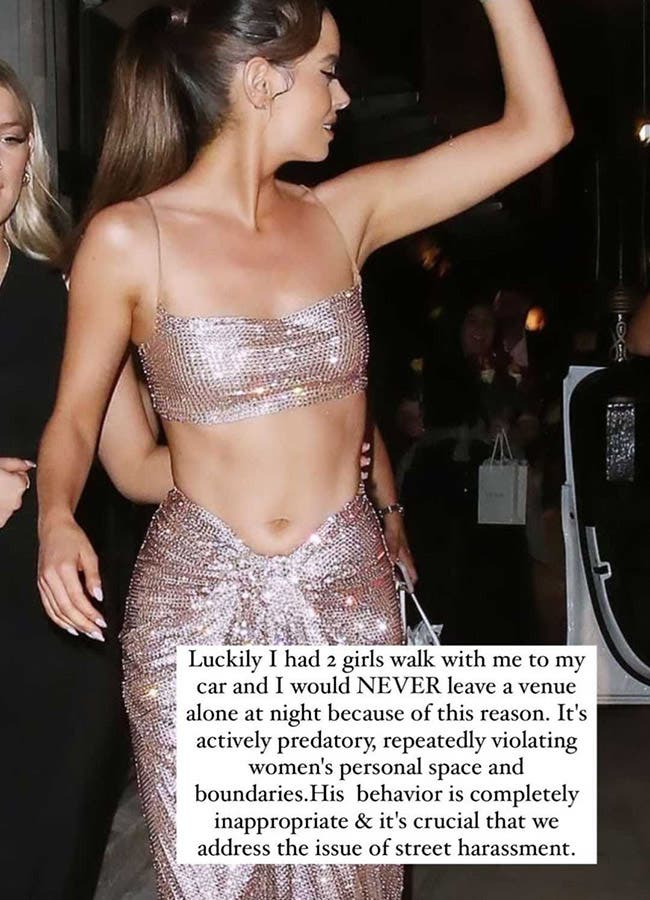 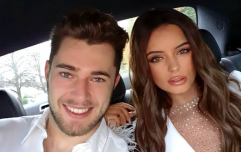 END_OF_DOCUMENT_TOKEN_TO_BE_REPLACED

In another snap, she shows herself breaking free of his grip, adding: "Luckily I had two girls walk with me to my car and I would NEVER leave a venue alone at night because of this reason.

"It’s actively predatory, repeatedly violating women’s personal space and boundaries. His behaviour is completely inappropriate and it’s crucial that we address the issue of street harassment."

Maura also added another video of someone else's experience with walking home and being followed, which led to other men deciding to walk her home as one man wouldn't stop going after her.