Mel B opens up about domestic abuse in powerful new video

The star recently spoke about her decision to join the campaign.

Spice Girls star Mel B has been praised for her performance in a powerful Women's Aid video.

The short film - Love Should Not Hurt - is set to the music of Fabio D'Andrea and depicts the singer as a victim of domestic violence. 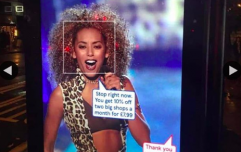 END_OF_DOCUMENT_TOKEN_TO_BE_REPLACED

Actor Sam Mackay appears alongside Mel B as her abusive partner.

As the film ends, statistics from the World Health Organisation appear on the screen:

Yesterday, Mel B appeared on ITV's Good Morning Britain to speak about her decision to get involved in this campaign.

"As a woman that's gone through it, it does crush your soul, it really does strip you," she said. "I'm going to be taking forever to get that back."

She continued: "I've had to build myself up. One of the good things for me is to speak to other women who have been in a similar situation. 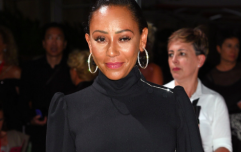 Mel B 'deeply saddened' by passing of great grandmother, aged 107

END_OF_DOCUMENT_TOKEN_TO_BE_REPLACED

"You know, that's why this video is so important because it's not just my story. It's bits and pieces of my story, but it's every woman's story. It's everybody's voice because we are dealing with an epidemic."

The singer also spoke about how isolating the experience of domestic abuse can be.

"You put on your armour, and you walk out into the world," she told Susanna Reid. "But behind closed doors, it's very very different. And it's embarrassing and shameful and you carry so much guilt having to try and keep that secret.

"People in these situations, they don't feel like there's a way out. They've been isolated from their friends, their family and that's one of the major signs somebody is in one of those kinds of relationships."

If you or someone you know has been affected by any of the issues raised in this article, help is available. The Women's Aid 24-hour National Helpline can be reached at 1800 341 900.

Girls With Goals || Her · Ep.161: Feeling Peachy - Sharon Keegan of Peachylean on being an absolute BOSS!
popular
Love Island winner Greg O'Shea explains why he's leaving "celebrity" life behind
Meghan was right to say Archie "won't be a prince" under Prince Charles
Love Island featuring show's first contestant with a disability
Khloe Kardashian has JUST confirmed she is pregnant
Friends Star James Michael Tyler Files For Divorce
Opinion: It's your wedding, you can have an 'adults only' day if you want
5 things we know for sure about this year's Love Island
You may also like
1 year ago
Tesco has removed an advert that featured Mel B after she complained to the CEO
2 years ago
Mel B is pretty pissed off with Victoria Beckham, and we don't blame her tbh
2 years ago
There's a new Spice Girls movie coming, and all five of them are in it
2 years ago
Mel B is planning to bring out her own range of vibrators and we'll be first in line
2 years ago
Mel B 'doing fine' after herpes eye infection made her temporarily blind
2 years ago
Mel B taken to hospital after going temporarily 'totally blind' ahead of Spice Girls tour
Next Page