Michelle Keegan has changed her hair, going blonde for a new role, and it's to fair to say she's barely recognisable.

The former Corrie actress debuted her new do on Instagram and of course, people went mad in the comments, expressing their surprise at the dramatic new look.

She posted the below photo, writing: "no filter just sunlight...#otherside". 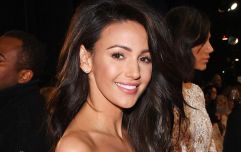 END_OF_DOCUMENT_TOKEN_TO_BE_REPLACED

One Instagram user wrote: "noooooo!!! You were so natural and beautiful as a brunette! Not that you still aren't now! Don't turn to the blonde side... Go back!!" while another explained that Michelle made the change for a new acting role.

According to reports, the 29-year-old made the change as she's soon due to take on the part of Tina, wife of football legend Bobby Moore,in new ITV drama Tina and Bobby. 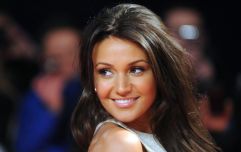 Michelle Keegan branded a hypocrite after commenting on Halloween costumes

END_OF_DOCUMENT_TOKEN_TO_BE_REPLACED

However, when speaking to New! magazine, Michelle said the change was a bit extreme, saying her new locks are "too yellow" and she wants to tone them down.

To be fair, Michelle could carry off any look and her blonde locks are pretty fab.

It's not really her hair that's bothering her as today is the first day of filming the drama and it's pouring rain.

Taking to Twitter, Michelle said: "1st day of filming #TinaAndBobby all outside scenes, and it's absolutely lashing it down…! … Yeeeeeah thanks for that!!

1st day of filming #TinaAndBobby all outside scenes, and it's absolutely lashing it down...! ... Yeeeeeah thanks for that!!??? 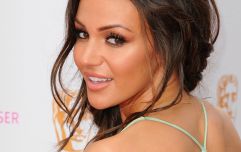 People are raging with Michelle Keegan's comment about football

END_OF_DOCUMENT_TOKEN_TO_BE_REPLACED

This isn't the only dramatic celebrity hair transformation we've seen of late either for Imelda May revealed a very different look recently.

Instead of her usual retro quiff, Imelda now sports voluminous locks with a full-on fringe and looks just as fabulous as ever.

popular
Love Island’s Afia explains why Gemma’s dad has not been mentioned on show
Buying fake designer goods abroad this summer can have some serious consequences
Love Island's Remi says arguments with Jacques "ruined" his time on the show
Love Island fans react to "confusing" recoupling
Shaughna Phillips brands Love Island heart rate challenge "fixed" and "vile"
WIN: VIP experiences at Marlay Park and more of this summer's hottest gigs and festivals with Heineken
Primark is trialling online orders for the first time ever
You may also like
2 years ago
New series binge! Sky Original's Brassic airs on Sky One tomorrow
3 years ago
People are convinced Michelle Keegan is pregnant thanks to this Instagram post
4 years ago
Everyone is obsessed with Michelle Keegan's polka dot dress and it's nearly sold out
4 years ago
This Corrie favourite is hoping to return to the show despite being killed off
4 years ago
'It's upsetting!': Mark Wright responds to latest cheating rumours
4 years ago
Mark Wright's sweet message for Michelle Keegan as they go long-distance
Next Page