Lionel Richie has made his feelings quite clear about the modern music scene, and believes that nobody is going to remember certain modern songs in years to come.

The hit singer was speaking candidly to the London Evening Standard recently, and compared the music of Madonna and Michael Jackson to the current world of Miley Cyrus and Justin Bieber.

“The beautiful part of where we were – we had shock value,” he said. “But what came with shock value was hit after hit after hit. Madonna was outrageous but she had a catalog of music that was unbelievable.

END_OF_DOCUMENT_TOKEN_TO_BE_REPLACED

“At the end of all the theatrics with Michael (Jackson), he had nothing but the most fabulous catalog,” Richie continued. “Now, we’ve got a lot of theatrics…but where’s the song that is going to stick around forever?

“Twenty years from now, let’s take anybody – where’s the body of work?” the 65-year-old queried. 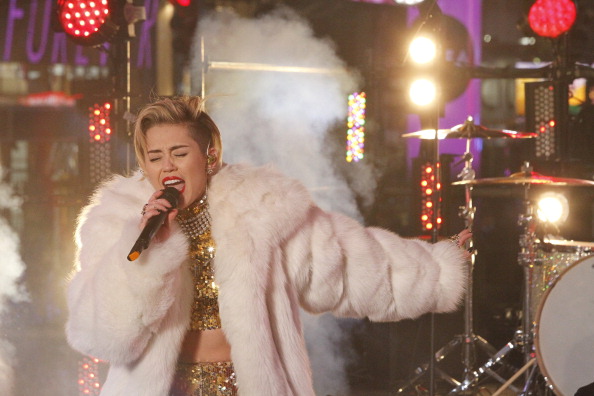 Miley Cyrus is known for her theatrical performances.

“I’m going to judge you not by your popularity but by your longevity, your staying records. I’m thinking about Miley, Justin Bieber. We’ve made amateur music mainstream. There’s a difference between a stylist and a singer,” the Hello singer stated.

“Everybody can sing! Go to karaoke, there are some guys seriously singing their a**es off! But do they have a unique voice, or distinct voice?”

popular
Women are rinsing their hair in apple cider vinegar – and the results are amazing
Toddler dies after being struck by vehicle in Co. Cork
New photo of Bernadette Connolly released as investigation continues
Clubbers left "bleeding from their mouths" after accidentally drinking shots with caustic soda
Orange is the New Black and Seinfeld star Kathryn Kates dies aged 73
"Hair contouring" is about to be huge, here's everything you need to know
Gardaí find "no evidence" of needle spiking in Irish nightclubs
You may also like
2 years ago
Turns out, this colour of wine gives you the WORST hangover
5 years ago
Pretty Little Liars actor Brandon Jones could be facing over five years in prison
5 years ago
Gwen Stefani Receives Massive Backlash After "Insulting" April Fools' Prank
5 years ago
Katie Price Names And Shames The Twitter Trolls Bullying Her Son Harvey
5 years ago
Kim Kardashian Blasts "Body-Shaming and Slut-Shaming" In Brilliantly Honest Post
5 years ago
WATCH: Emma Watson Launched HeForShe Arts Week On International Women’s Day
Next Page