Nadine Coyle has just announced she has cancelled her tour.

The singer wrote on her website today that she will be unable to complete the seven shows that she had planned for the UK and Ireland.

"Hi guys, I am so sad to say I’m not able to do the tour at this time,” her statement read.

"I am so sorry and really wish things were different but for many reasons it is not meant to be.

"You deserve the best show possible and with such big venues and very little dates it was becoming impossible to achieve what we had wanted to do. 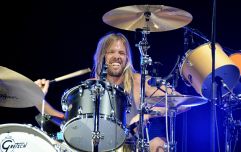 END_OF_DOCUMENT_TOKEN_TO_BE_REPLACED

"Everything is a lesson & this is definitely one for me. Thank you for your continued love & support!!!"

Nadine was set to play some Girls Aloud tracks as well as her own songs.

She previously told The Sun: “I love the Girls Aloud songs and get messages from fans asking to hear them performed live again.

“So this is giving them what they want.”

popular
Adam Collard opens up on dating life since Paige Thorne split
Gaz Beadle reveals his wife Emma McVey is undergoing heart surgery
Mum who lost baby after home birth claims maternity hospital failed to share medical details
Gwen Stefani reportedly pregnant with baby number four
Man claims to have found infant remains near Bessborough site in the 90s
North West has just landed herself her first Hollywood film
Why Are Men so Obsessed With Boobs? The Answer is Pretty Surprising...
You may also like
1 year ago
Westlife add second Dublin gig following huge demand
1 year ago
Elton John will play huge Cork gig during final tour
3 years ago
Jeffree Star shares tour of new 'dream house' which is bigger than any hotel we've stayed in
3 years ago
The Script have just announced two HUGE concerts in Dublin
3 years ago
David Beckham posted the sweetest message to the Spice Girls ahead of their Dublin gig
3 years ago
Fans are seriously not feeling Ariana Grande's tour merchandise and we can't blame them
Next Page