Nick Cannon is going to become a dad...again.

Nick Cannon is set to become a dad for the 12th time.

The presenter is expecting another child with Abby De La Rosa. Abby confirmed she was pregnant in June, but didn't reveal who the father was until now. 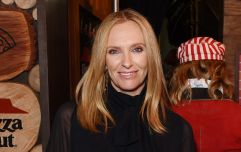 END_OF_DOCUMENT_TOKEN_TO_BE_REPLACED

She shared a meme on her Instagram story which read, "1 night with a Libra can turn into 3-4 years be careful".

The mum added, "Damn! lol 1 night turned into 4 years and 3 kids real quick…I see no lies here smh. y’all be safe out there."

The pair already share twin sons Zion and Zillion together. Their twins were born in June 2021.

Cannon's baby news comes just a week after he revealed he was expecting a child with Alyssa Scott. 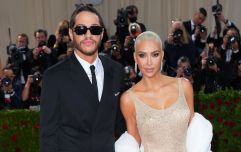 END_OF_DOCUMENT_TOKEN_TO_BE_REPLACED

She told trolls that there's nothing wrong with polyamorous relationships.

She also stressed that it does not affect her parenting.

She told the Lovers and Friends podcast;

"Being in a polyamorous relationship doesn’t mean you have low self-esteem or self-worth. I become hypersensitive when people attack me and my motherhood.”

She added, "Me being open in my relationship does not change or take away from the type of mother that I am to my kids and the wholeness that I am to them and the strength that I share with them."

popular
Baby dies next to mother who drank 'two or three' bottles of wine then fell asleep
Molly Mae: "Thank you for entering this world safely for us"
Love Island's Zara's brother reveals the real beef going on between her and Olivia
Abigail Breslin marries longtime love Ira Kunyansky
Funeral of Cork toddler takes place after choking accident
It's a girl! Molly Mae has given birth to her first child
Suzanne Jackson praised for ultimate Dancing With The Stars comeback
You may also like
3 months ago
Helen Skelton's ex- husband expecting baby with new girlfriend
3 months ago
Angelina Jolie accuses ex-husband Brad Pitt of abuse
5 months ago
Influencer Dominique Nugent announces engagement to boyfriend Paddy
7 months ago
Australian newspaper issues apology but denies forcing Rebel Wilson to come out
7 months ago
Rebel Wilson comes out and introduces her 'Disney Princess' partner
4 days ago
Gaz Beadle reveals his wife Emma McVey is undergoing heart surgery
Next Page