This weekend saw the arrival of the newest and tiniest Kardashian.

Kim Kardashian and Kanye West welcomed their little man a few weeks early, and according to their rep both mother and baby are doing well.

The little fella is the pair's second child, they are already proud parents to two-year-old North West. 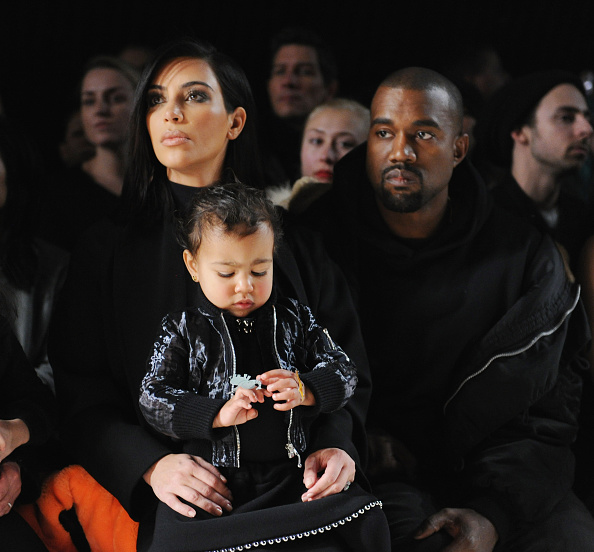 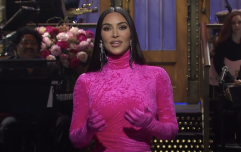 END_OF_DOCUMENT_TOKEN_TO_BE_REPLACED

North's directional name attracted a lot of attention at the time, so it's no surprise that speculation about the new baby's name is rife.

Earlier this year, a source apparently confirmed to the Mail Online that the baby would be named Easton, saying: "Easton is the chosen name. It's confirmed that the baby boy will be called Easton."

Paddy Power seems to agree that this is a strong possibility, and has laid on odds of 5/2 that this will be the name.

The popular guesses range from South and East to the more conventional Robert (perhaps after Kim's late father and brother).

There are some lovely Irish-themed names making the cut, like Enda, Blarney and Mossie, but their odds are, unsurprisingly, quite low. 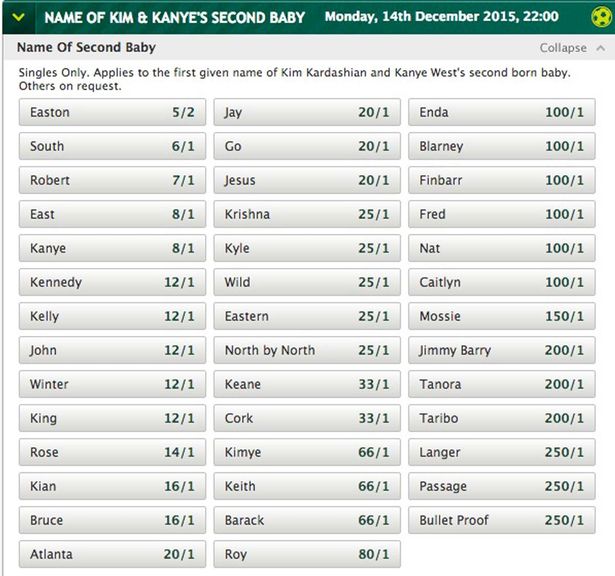