Glad to have you back, Paris.

Paris is making a big comeback to TV and you should seriously hear our squeals.

The ultimate party girl of the 2000s is getting her own Netflix series and our hearts really can't take it. 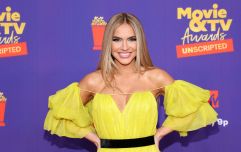 END_OF_DOCUMENT_TOKEN_TO_BE_REPLACED

Focusing completely on her "lack of knowledge" in the kitchen, Cooking With Paris will see the socialite learning everything there is to know about cooking skills along with some famous faces.

Taking to Instagram to to reveal the amazing news, Paris told fans that she was "so excited" to get into the kitchen and show off her lack of skills.

She wrote: "I'm so excited!! Next month I’m returning to television, and this time I’ll be taking over the kitchen! My new show #CookingWithParis premieres on August 4th, only on @Netflix. Stay tuned for more announcements! Comment below with what dishes you want me to make."

The series has been inspired after Paris went viral on YouTube in January 2020 where she showed off her unusual way to make a lasagne.

Starting on August 4th, the series will see a different side to the star than we've ever seen before. 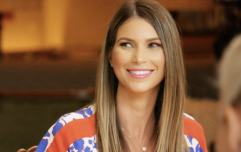 END_OF_DOCUMENT_TOKEN_TO_BE_REPLACED

In a release to media, Netflix described the new series by saying: "She's turning the traditional cooking show upside down."

"She's not a trained chef and she's not trying to be. With the help of her celebrity friends, she navigates new ingredients, new recipes and exotic kitchen appliances. Inspired by her viral YouTube video, Paris will take us from the grocery store to the finished table spread — and she might actually learn her way around the kitchen."

Her viral video currently has over five million views, so it's no surprise Netflix nabbed Paris up for a series of her own.

popular
Suzanne Jackson forced to pull Ultra Dark tan from market in April
Viewers left unimpressed after “ridiculous” Operation Transformation scene
Parents of teen kidnapped by her ex give emotional statement as he's sentenced
Women are rinsing their hair in apple cider vinegar – and the results are amazing
Irish people expecting babies via surrogate in Ukraine urge to contact Foreign Affairs Department
Not going anywhere: Baby names set to stay popular for the next decade
Horrifying CCTV footage shows woman being kidnapped by her boyfriend
You may also like
21 hours ago
New Korean horror series All of Us Are Dead lands on Netflix this weekend
1 day ago
The final season of The Sinner has just landed on Netflix
2 days ago
The Puppet Master: Where is Robert Hendy-Freegard now?
1 week ago
Netflix shares more pictures from Bridgerton season 2
2 weeks ago
WATCH: The trailer for Love Is Blind season 2 is officially here
2 weeks ago
Huge amount of new evidence in Making a Murderer case could see Steven Avery freed
Next Page