'Why are people so painfully stupid?': Jacqueline Jossa shares message after girls' night out

Jacqueline Jossa has denied taking off her wedding ring while out with friends last night.

The actress posted a series of videos of herself and a friend chatting on Instagram stories in a taxi last night.

In the clips it looks as though her ring finger is bare - suggesting she might have permanently given her husband Dan Osborne the boot. 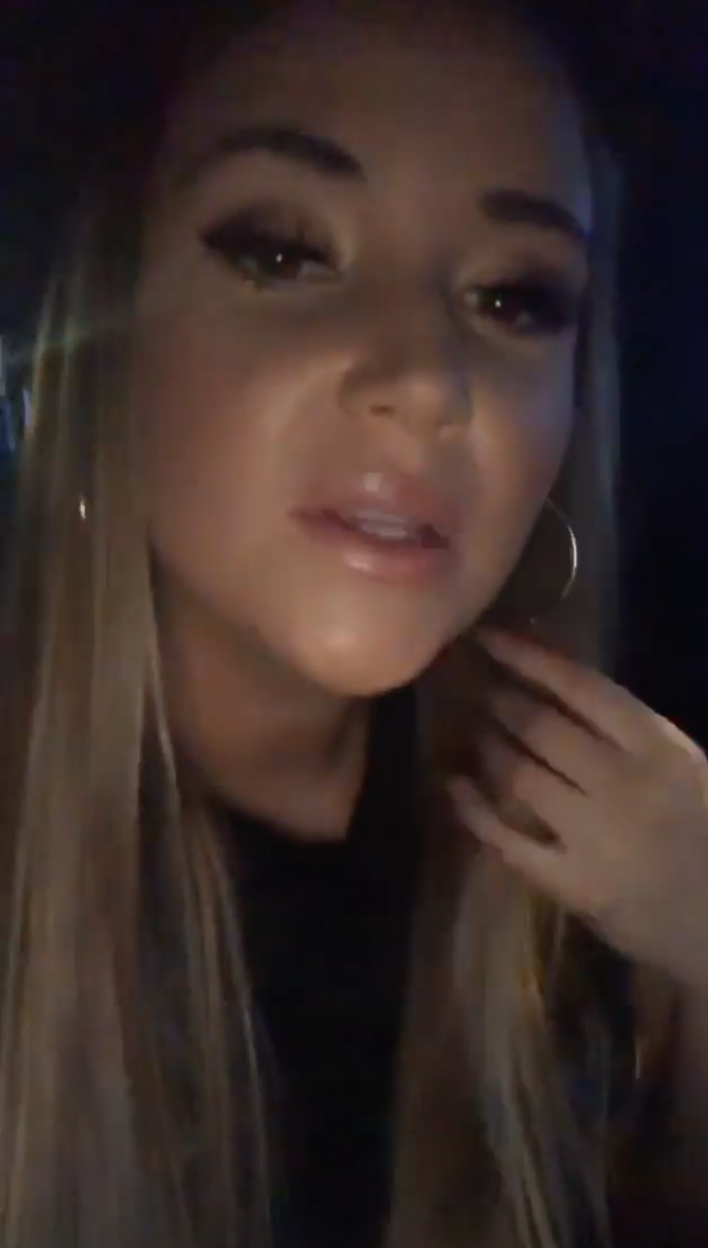 Jacqueline reportedly threw him out of their home this week after claims that he was spotted kissing Love Island star Alexandra Cane in a nightclub.

Dan denied that the kiss happened, saying he and Alexandra are just good friends.

In a new Insta story this morning, the mum-of-two said that her phone camera had flipped the image and that it was her right hand in the videos, not her left. 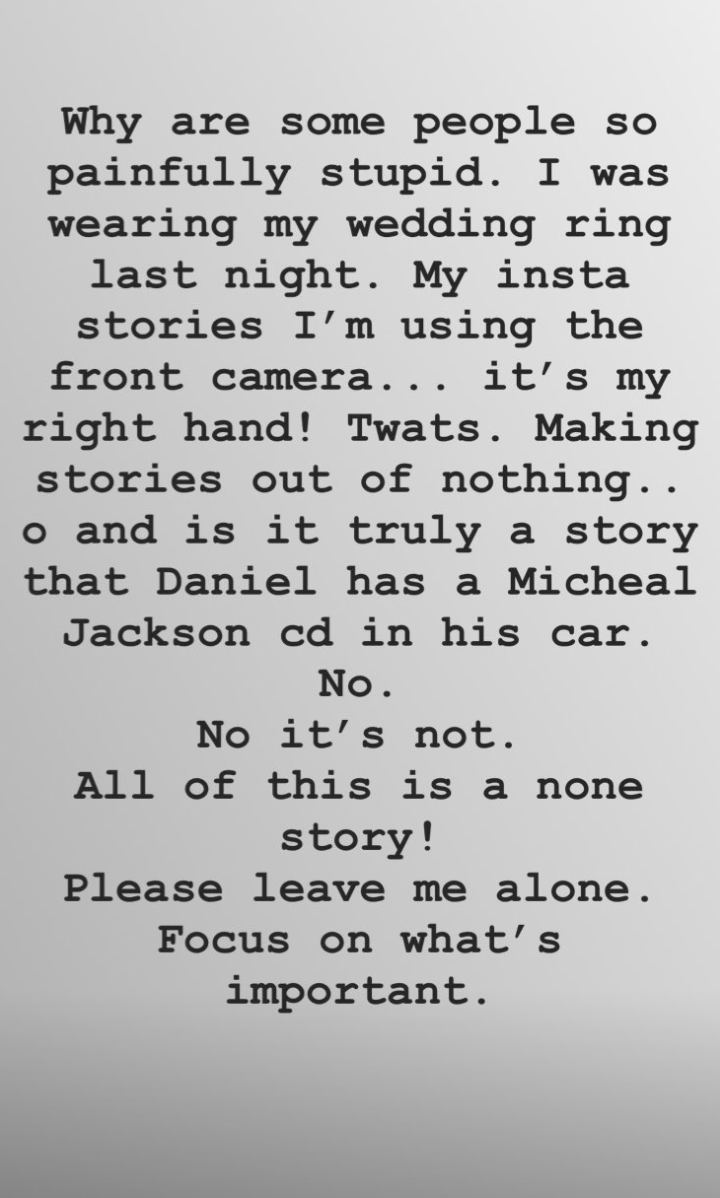 "Why are some people painfully stupid(?)" she wrote.

She also defended Dan after he was seen with a Michael Jackson CD this week.

It comes two days after she shared a new photo of herself in which her wedding ring features prominently.

Jacqueline and Dan, who married in 2017, previously split in May of last year after photos of him with Love Island's Gabby Allen emerged.

They have two daughters together.


popular
'Be A Lady, They Said!' You need to watch this incredibly powerful video about being a woman
Netflix's Babies documentary is making quite the impression online
The dress that Holly Willoughby wore this morning is getting very mixed reactions
The comfy €42 M&S boots we're going to be living in all spring
Gwen Stefani reportedly pregnant with baby number four
These €20 Zara trousers are seriously comfortable and they come in three colours
So, William and Harry have a step sister... and who knew?
You may also like
17 hours ago
Finn Tapp and Paige Turley are crowned our 2020 Love Island winners
1 week ago
'I really did want to stay' Maura Higgins is the latest skater to get eliminated from Dancing On Ice
1 week ago
Maya Jama reveals why she 'deletes WhatsApp' when feeling overwhelmed by social media
1 week ago
Caroline Flack has returned to Instagram after being 'advised' not to go on social media
1 week ago
Everyone can relate to this hilarious moment on last night's Love Island
2 weeks ago
Kylie Jenner wins tightest dress and other moments from last night's Oscars
Next Page