As Harry and Meghan jet off to enjoy their honeymoon, a photo of the couple on their holidays last year in Jamaica is doing the rounds again on social media.

The couple headed to Jamaica for what's believed to have been their first big trip away together in March of 2017 after eight or nine months of dating.

They were on the Caribbean island for the wedding of Harry's friend Tom Inskip and took time to hang out on the beach while there, looking very loved up.

It goes without saying that Harry and Meghan look phenomenal in the candid snap but what's so striking about the photo is just how ordinary and relaxed they look without any formal outfits, screaming crowds and gangs of bodyguards - just like any other couple on holidays.

The newlyweds have reportedly had to change their honeymoon plans several times over security concerns.

"If a location leaks prior to travel, it compromises their safety on the trip, and they’ll be advised by their protection team to change plans," Omid Scobie told Elle.

"William and Kate’s protection officers ended up doing recon on two destinations before they settled on the Seychelles for their 2011 honeymoon. 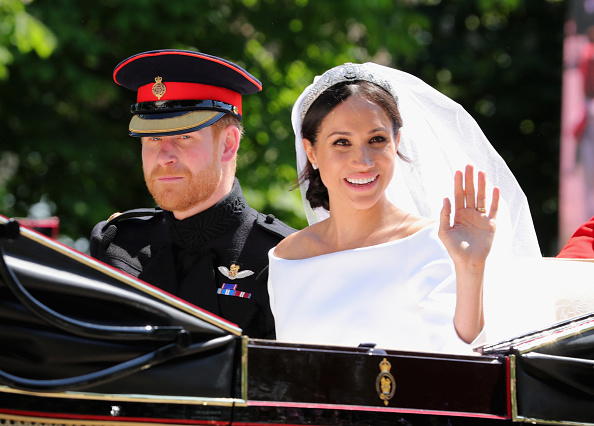 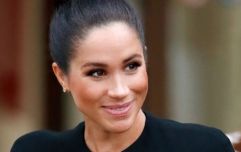 END_OF_DOCUMENT_TOKEN_TO_BE_REPLACED

"I heard that just over a month before the wedding, Harry and Meghan hadn’t even booked a destination, so these plans have come together rather quickly."

Namibia was thought to be where the couple would head but it's now unclear where they'll go.

It probably will be in Africa though as it's a favourite destination of the pair.

"It’s the one side of the world where Harry says he feels like he can be himself," added Omid.

"He has laid roots there and has a huge amount of love and respect for the African continent.

"The couple have been keen to explore other countries in Africa, and I’m certain we will see them do that on this honeymoon."

Girls With Goals || Her · Ep.154: Scholarship Squad Take 2 - Smurfit alum Grace Milton
popular
'They're Dead To Me Now' - Kate And Oliver Hudson Have Been Disowned By Their Father
Someone has ranked the penis size of men from all over the world
Sex dreams: What do they mean and why do we have them?
Kourtney Kardashian and Travis Barker are officially dating
It's a Sin: Bump Channel 4's latest drama to the top of your watch-list
Police called to "illegal rave" in UK to find pensioners queuing for vaccine
Here's what happens on every day of your menstrual cycle (roughly)
You may also like
1 month ago
Prince Harry 'supported by William and Charles' after wife Meghan's miscarriage
4 months ago
Prince Harry and Meghan Markle sign multiyear deal with Netflix
5 months ago
We now know what Meghan Markle wore on her first date with Prince Harry
7 months ago
Meghan Markle gave a powerful graduation speech to her old high school's students about the current US protests
8 months ago
The 'romantic' gifts Meghan Markle and Prince Harry exchanged for their second wedding anniversary
2 weeks ago
Dr Dre "doing great" after suffering brain aneurism
Next Page