The Liverpudlian, decided to quit the social network after receiving abuse directed at his wife and children.

The abuse started after Bishop posted a photo of himself behind the manager’s desk of Celtic’s official TV channel Celtic TV, joking:

END_OF_DOCUMENT_TOKEN_TO_BE_REPLACED

“I was that good today playing five-a-side and coaching the rest of my team that I now have a new job!”

It is believed fans of rival team Rangers then flooded the comedian and his family with abusive messages.

The 47-year old, who is currently touring the UK, announced his decision over the weekend, posting:

“I am taking some time off Twitter. I can take anything but when scumbags have a forum to abuse people I love I think it's time to move away.” 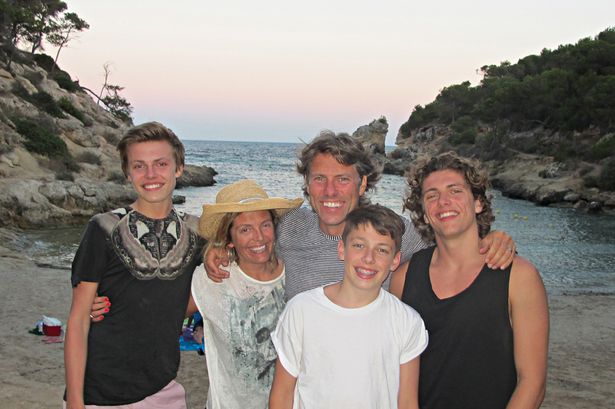 The news comes following an outburst by the comedian, who responded angrily to one troll writing:

END_OF_DOCUMENT_TOKEN_TO_BE_REPLACED

His wife of 20 years, Melanie, has also removed her account from the social networking forum.

popular
Women are rinsing their hair in apple cider vinegar – and the results are amazing
Viewers left unimpressed after “ridiculous” Operation Transformation scene
Horrifying CCTV footage shows woman being kidnapped by her boyfriend
Irish people expecting babies via surrogate in Ukraine urge to contact Foreign Affairs Department
"Hair contouring" is about to be huge, here's everything you need to know
The Puppet Master: Where is Robert Hendy-Freegard now?
Madeleine McCann suspect said to have multiple alibis for day she went missing
You may also like
2 years ago
Turns out, this colour of wine gives you the WORST hangover
5 years ago
Gwen Stefani Receives Massive Backlash After "Insulting" April Fools' Prank
5 years ago
Katie Price Names And Shames The Twitter Trolls Bullying Her Son Harvey
5 years ago
Kim Kardashian Blasts "Body-Shaming and Slut-Shaming" In Brilliantly Honest Post
5 years ago
WATCH: Emma Watson Launched HeForShe Arts Week On International Women’s Day
5 days ago
Nick Jonas and Priyanka Chopra's baby said to have arrived 12 weeks premature
Next Page