Pic Of The Day: Samuel L Jackson Is Still Not Laurence Fishburne But He Is A Legend With A Great T-Shirt

The exchange was extremely uncomfortable for Rubin, but absolutely hilarious for everyone else thanks to Jackson's fantastic sense of humour.

During a recent junket for latest film, Captain America: Winter Soldier, Jackson wore a t-shirt that read, “I'M NOT LAURENCE FISHBURNE,” proving that he's an even bigger legend than first expected. 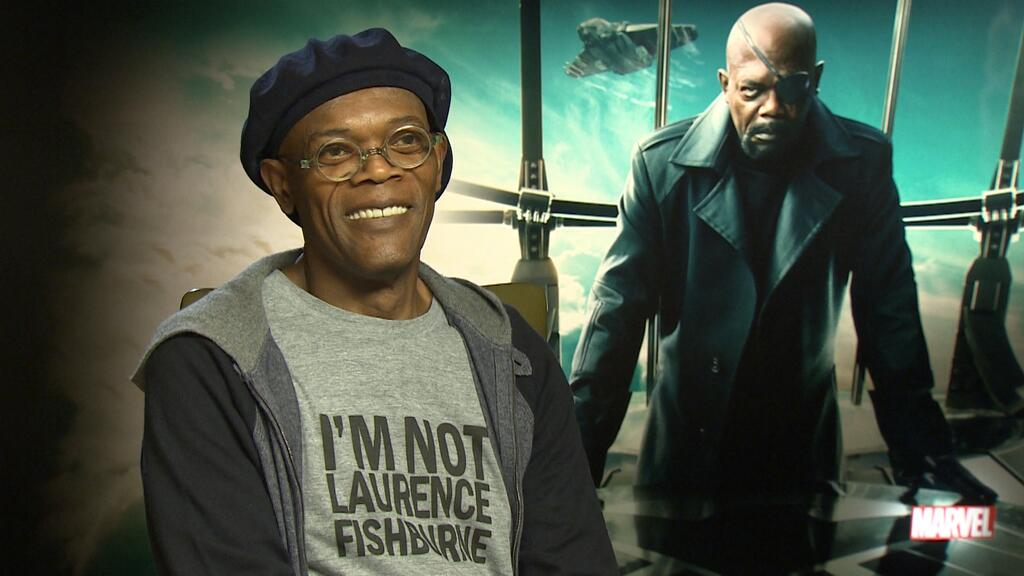 Samuel L Jackson, we salute you. Laurence Fishburne, we've a lot of love for you too.

popular
Traditional names such as Mary, Maureen, John and Michael may soon be extinct
Toddler drowns in swimming pool while on holidays in Costa Blanca
The 2 Johnnies share unbelievable catfish ordeal as woman 'targets 40 people'
This is how much Kourtney and Travis' wedding cost
Singer Cliona Hagan marries Simon Sheerin in Athlone ceremony
Kevin Spacey charged with four counts of sexual assault against three men
Vogue Williams opens up about being cheated on by "asshole" boyfriend
You may also like
3 years ago
Turns out, this colour of wine gives you the WORST hangover
6 years ago
Pretty Little Liars actor Brandon Jones could be facing over five years in prison
6 years ago
Gwen Stefani Receives Massive Backlash After "Insulting" April Fools' Prank
6 years ago
Katie Price Names And Shames The Twitter Trolls Bullying Her Son Harvey
6 years ago
Kim Kardashian Blasts "Body-Shaming and Slut-Shaming" In Brilliantly Honest Post
6 years ago
WATCH: Emma Watson Launched HeForShe Arts Week On International Women’s Day
Next Page