PICTURES: Kim And Kanye Spotted Coming Out Of Cinema In Co Offaly

You may have seen the pictures of Kim Kardashian and Kanye West in Portlaoise yesterday but it appears they also stopped in Co Offaly.

The couple are said to have enjoyed a film (rumoured to be The Other Woman) at the ICM in Tullamore last night.

Kim, who has changed her name on Twitter to Kim Kardashian West, and Kanye have been busy enjoying the sights of Ireland over the last few days (that is, if all the rumours and sightings are authentic).

They flew into Cork on Sunday following their lavish wedding in Italy. Since their arrival, they have allegedly enjoyed a bicycle ride and a picnic. 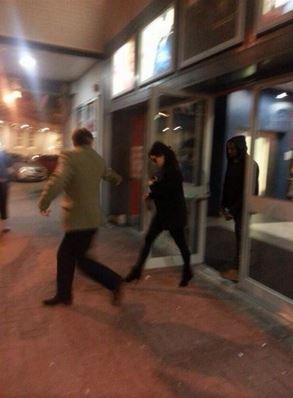 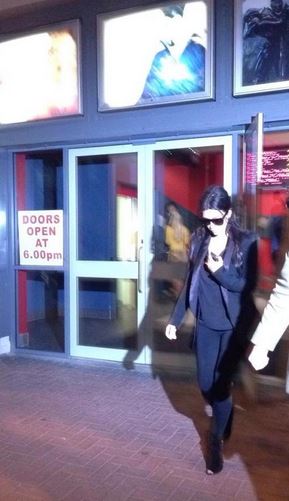 Hat-tip to Rachael Harvey for sending the snaps onto us on Facebook.

UPDATE (9.55am): IMC Cinemas have confirmed on Twitter that Kim Kardashian and Kanye West did call into their multiplex in Tullamore last night...

Nothing special, we just had the elusive #Kimye in IMC Tullamore last night!! ☺#MadAboutMovies (@KimKardashian) pic.twitter.com/6qV0iqzTK1

Girls With Goals || Her · Ep.161: Feeling Peachy - Sharon Keegan of Peachylean on being an absolute BOSS!
popular
My hair has never been this thick and healthy – and here is what I have been doing differently
The sad reason why viral gymnast, Katelyn Ohashi, isn't on the USA Olympic team
The First Quadrillionaire? Paypal Accidentally Gives Man $92 Quadrillion
Here's what happens on every day of your menstrual cycle (roughly)
Why Are Men so Obsessed With Boobs? The Answer is Pretty Surprising...
Chris Brown's New Girlfriend Looks VERY Like Rihanna
How to INSTANTLY unblock your stuffy nose (we swear this works)
You may also like
2 years ago
Turns out, this colour of wine gives you the WORST hangover
5 years ago
Pretty Little Liars actor Brandon Jones could be facing over five years in prison
5 years ago
Gwen Stefani Receives Massive Backlash After "Insulting" April Fools' Prank
5 years ago
Katie Price Names And Shames The Twitter Trolls Bullying Her Son Harvey
5 years ago
Kim Kardashian Blasts "Body-Shaming and Slut-Shaming" In Brilliantly Honest Post
5 years ago
WATCH: Emma Watson Launched HeForShe Arts Week On International Women’s Day
Next Page