You might be forgiven for thinking that Prince George is slightly oblivious to what goes on around him or the fact that he's the future monarch of his country.

He is just five, after all, so he could think that everyone flies in private helicopters, meets world leaders and makes public appearances in front of thousands of people. 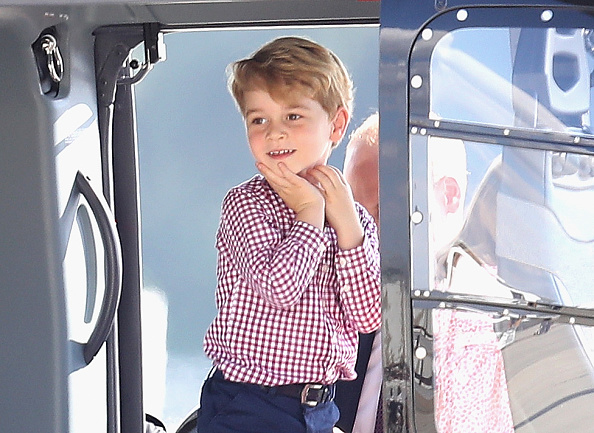 END_OF_DOCUMENT_TOKEN_TO_BE_REPLACED

But he might just be a little more clued in than we give him credit for, given his favourite film.

Like every parent ever, his mum and dad Kate and William have a hard time getting him away from the screen and William previously revealed what he enjoys watching.

"He quite likes The Lion King. He’s watched that a few times," the Duke of Cambridge told a young boy during a public appearance.

The film, about a youngster who wants to follow in his father's footsteps and become king, fits the bill pretty well. Maybe George is taking notes?

We should employ this kid @SkyNews ...he got #PrinceWilliam to reveal that #princegeorge likes to watch the Lion King pic.twitter.com/bzdVhwqa1I

The little prince also likes The Octonauts and the Lego movies, William revealed.

"Trying to keep him off the television is hard work," he added.

He might not realise it now but William will be very grateful if he can park George and Charlotte in front of the telly for an hour or two when baby number three comes along next year.