Brian O' Driscoll, one of the greatest ever rugby players in the world ended his international career last Saturday with a Six Nations win in Paris and today was awarded the Freedom of the City of Dublin alongside the incredible Father Peter McVerry.

McVerry has been an instrumental figure campaigning for the rights of homeless in Dublin for over 30 years.

They received the prestigious award from Lord Mayor Oisín Quinn ahead of an official ceremony this evening who called both men "inspirational leaders" and "individuals who walk the walk".

END_OF_DOCUMENT_TOKEN_TO_BE_REPLACED

"The Freedom of the City is the biggest honour Dublin city can bestow on one of its citizens and it is an honour for me to add Fr. Peter and Brian to the list of illustrious names in the Roll of Honorary Freedom of Dublin," he said.

"Though from different generations they share much in common and are both inspirational leaders. They are people who lead by the example they set and in their own way and in their own fields they are individuals who walk the walk." 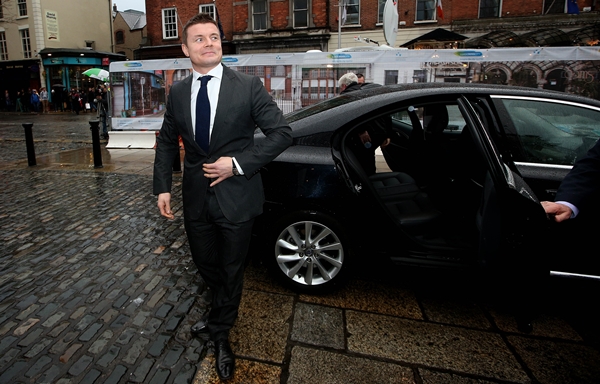 Free to look as suave as he wants... 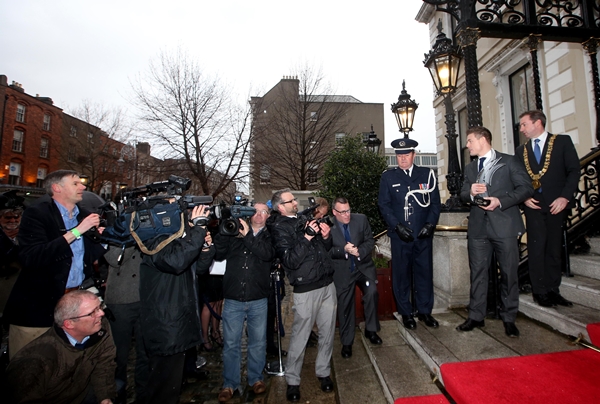 BOD's a hit with the lads on the steps of the Mansion House. 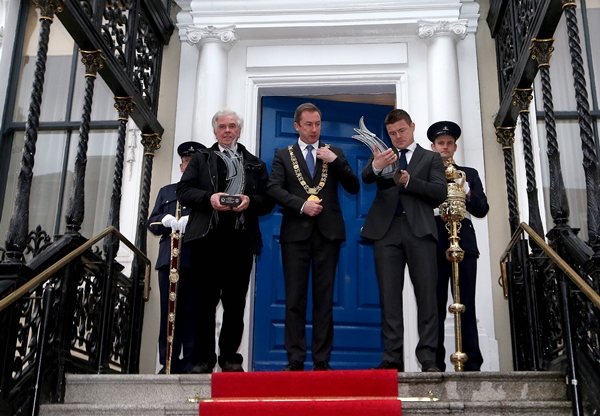 Is this thing real? Have they spelled my name correctly?! 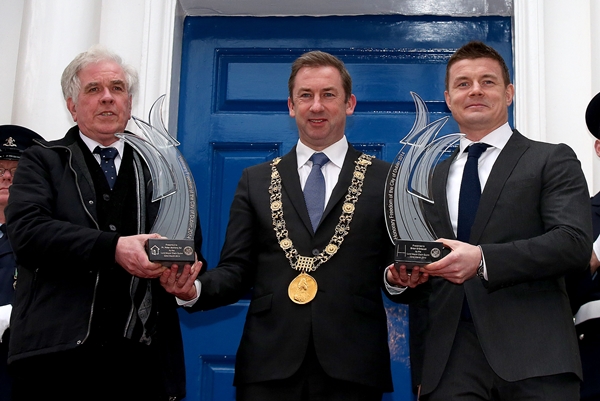 popular
Fundraiser set up for boy attacked by pit bull in Wexford
Balenciaga is suing production company following offensive ad campaign
The trailer for Channel 4's Vardy V Rooney: A Courtroom Drama has dropped
Olivia Wilde struggling after Harry Styles break-up
Kanye to give Kim Kardashian $200k in child support every month
3 simple tips to get your nails in shape ahead of Christmas
First Look at David Seaman and Frankie Poultney's Wedding...
You may also like
3 months ago
Irish person dies after drowning in Spanish resort swimming pool
6 months ago
Irish lad heading to Love Island villa as contestants are announced
6 months ago
Tributes paid to Irishman found dead in LA after missing for weeks
8 months ago
7 of the best Irish prints you can buy on greeting cards now
9 months ago
Viewers left in shock after video of American woman making a cup of tea
9 months ago
You can now get an Irish language version of Wordle
Next Page