Saoirse Ronan discusses sexual harassment being 'swept under the carpet'

Gracing the front of The Hollywood Reporter alongside five other powerful women, is our very own Saoirse Ronan. 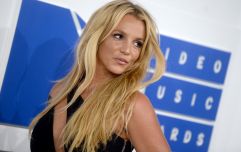 END_OF_DOCUMENT_TOKEN_TO_BE_REPLACED

Taking part in this year's Hollywood Reporter roundtable, the magazine brings together dominant women in the entertainment industry to discuss topical issues.

This year, there was no second guessing as to what would be discussed, with multiple allegations against men within the industry for both sexual harassment and assault spurring with Harvey Weinstein, a dominant culprit that first came to light in late September.

Lawrence. Stone. Chastain. Janney. Blige. Ronan. This year's contenders open up about risky roles and how the industry's culture of abuse might finally be on the verge of change: "I feel hopeful because we're not ignoring it anymore." Click the link in profile to watch the Actress Roundtable. Photo: @ruvenafanador

Discussing this year's allegations, Ronan said she feels "very lucky" to have been protected from everything that went on. Continuing she said her "mum and dad were always around" and attending parties was never an option without them. 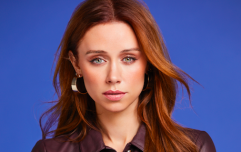 END_OF_DOCUMENT_TOKEN_TO_BE_REPLACED

Speaking about Harvey Weinstein and model Ambra Battilana Gutierrez, Ronan discusses the bravery of the model to work with the NYPD to uncover a man who broke so many women in both confidence and strength.

Ambra Battilana Gutierrez revisited Harvey Weinstein after he assaulted her, wearing a wire to get him admitting to groping her on tape. Ronan discusses how brave Ambra was, but how Hollywood lacked the drive to help these women.

"What was incredible about it was that she was brave enough to go back the next day, because she knew that it was important for this to come out. The fact that she put herself in that position again, and made herself so vulnerable, and still nothing was done about it…"

"And that’s the really disappointing thing about all this, is that they’ve had all of this sh*t on all of these men and women for the last few years but they haven’t done anything about it. It’s just been swept under the carpet."

The 23-year-old actress was not the only one to speak out about this issue, with Chastain adding:

"There is a history of abuse against women in our industry, and it's never been addressed. I'm devastated by all the stories that have come out because it's heartbreaking, but at the same time I feel hopeful because we're not ignoring it anymore."

You can check out the whole interview here.
Advertisement

popular
Smyths issues warning to parents ahead of Christmas
So, William and Harry have a step sister... and who knew?
Netflix's true crime series Sins of our Mother is seriously insane
Popular Irish cafe bans customers wearing pyjamas
Post Malone dramatically falls through stage during concert
Why Are Men so Obsessed With Boobs? The Answer is Pretty Surprising...
Everything coming to Netflix this October
You may also like
5 months ago
Interview: We talk to the stars of The Curious Incident of the Dog in the Night Time
6 months ago
Derry native Christina Tedders talks taking on The Lion, The Witch and The Wardrobe
7 months ago
Oliver Sears on how his family survived during the Holocaust
8 months ago
Dr. Keith Gaynor: The impact that lockdown has had on our mental health this year
9 months ago
Student nurses say education impacted during pandemic and staffing shortages
10 months ago
HIV has changed radically since the 80s, but stigma still very much exists in Ireland
Next Page