Perrie Edwards is said to be questioning her engagement to Zayn Malik after he was accused of cheating on her for a third time.

The former One Direction star was previously accused of sleeping with Courtney Webb in 2013 following his engagement to Edwards, with photos also emerging in recent weeks showing the singer cosying up to Lauren Richardson.

Swedish model Martina Olsson told The Sun On Sunday that she bedded Malik twice during his recent trip to Thailand, adding that he never mentioned his fiancée and was "really flirtatious".

The 24-year-old claims she was invited to join the band in the VIP area of a club before going back to their villa for a party, where Malik brought her to his room and the pair had sex. 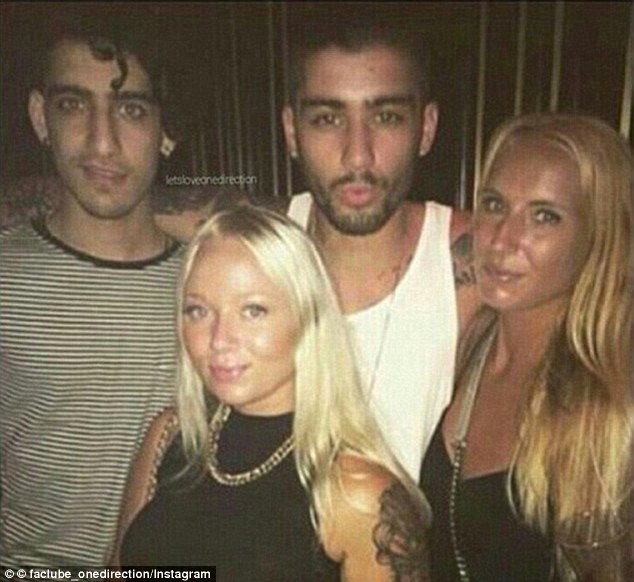 END_OF_DOCUMENT_TOKEN_TO_BE_REPLACED

She added that she witnessed the What Makes You Beautiful star disappear for 30 minutes with Richardson the following night before he paid for a taxi to take her home at 5am and then slept with Olsson for a second time.

According to Hollywood Life, Edwards is “absolutely torn up about these new allegations” and thinking about calling off her relationship with Malik.

“Perrie doesn’t know what to believe anymore, and the pressures of being in such a high-profile relationship are really getting to her,” said a source.

“Perrie trusts Zayn wholeheartedly, and if he says he’s never cheated she believes it, but she’s doesn’t know whether to stand by her man or leave him. She can’t live the private life she wants to at the moment with all the cameras following her, and that infuriates her, too.”

popular
The Daly Dish's Gina introduces newborn baby Gene to the world
Jess Redden and Rob Kearney jet off on their honeymoon after "incredible" wedding
Arthur Labinjo-Hughes' grandad says murderers “must never see the light of day again”
Officers who shared photos of murdered sisters on WhatsApp jailed
WATCH: The new star-studded trailer for the Harry Potter reunion show is here
These are the most popular baby names for 2021
Man dies after being attacked by newly calved cow in Mayo
You may also like
4 days ago
Alec Baldwin says he "didn't pull the trigger" in first interview since Halyna Hutchins' death
2 weeks ago
Hollyoaks' Jorgie Porter shares pain of miscarriage of quadruplets
2 weeks ago
Tributes paid to actor Joey Morgan who has died, aged 28
2 weeks ago
Camila Cabello and Shawn Mendes announce split after 2 years
2 weeks ago
Three months is plenty of time to fall in love, and to have your heart broken
1 month ago
Gigi Hadid reportedly met with custody lawyers after alleged fight
Next Page