Soccer Star Weds In Paris... After Telling His Heartbroken Girlfriend He Was Going On Holiday

A Newcastle footballer has been accused of marrying another woman while telling his girlfriend he was on holiday.

Rachelle Graham spoke out this week to say that she had been in an on-off relationship with striker Papiss Cisse in recent months and was shocked to find that he had married Senegalese sportswoman Diallo Awa last weekend.

Graham said the footballer has told her he was going on holidays and she had "kissed him goodbye" at the airport, only to later discover photos on Facebook that showed he had tied the knot in Paris.

END_OF_DOCUMENT_TOKEN_TO_BE_REPLACED

"I'm hurt and disgusted to learn Papiss has got married without me knowing after we spent so much time together recently. But it's his life and if this is what he has chosen to do there is nothing much I can do about it. I just wish he had the decency to tell me first," she told The Sun. 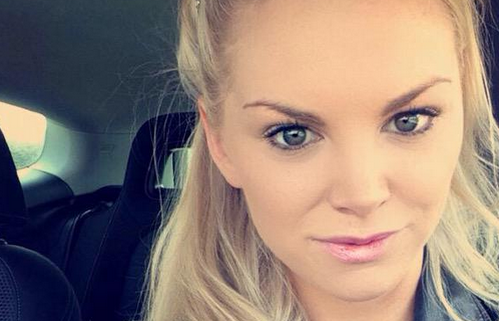 However, a friend of Cisse has since spoken out to deny any wrongdoing and is adamant that the footballer had not been "in a proper relationship" with Graham in recent times.

"Rachelle is not his girlfriend and they have not been in a proper relationship for a long time. They were not a couple, and that is why he did not tell her he was getting married," a source told The Mirror.

The 24-year-old model has since hit back on Twitter at those who claimed she was dating Cisse for his money and berating her for selling her story.

I just wanted to say a few words!! pic.twitter.com/VBy4agKEzK

popular
Jess Redden and Rob Kearney jet off on their honeymoon after "incredible" wedding
The Daly Dish's Gina introduces newborn baby Gene to the world
Arthur Labinjo-Hughes' grandad says murderers “must never see the light of day again”
Man dies after being attacked by newly calved cow in Mayo
Here Are The Top 20 Most Common Pin Codes in The World
Someone has ranked the penis size of men from all over the world
Officers who shared photos of murdered sisters on WhatsApp jailed
You may also like
4 days ago
Alec Baldwin says he "didn't pull the trigger" in first interview since Halyna Hutchins' death
2 weeks ago
Hollyoaks' Jorgie Porter shares pain of miscarriage of quadruplets
2 weeks ago
Tributes paid to actor Joey Morgan who has died, aged 28
2 weeks ago
Camila Cabello and Shawn Mendes announce split after 2 years
2 weeks ago
Three months is plenty of time to fall in love, and to have your heart broken
1 month ago
Gigi Hadid reportedly met with custody lawyers after alleged fight
Next Page