A short-lived romance, it seems.

If you had high hopes for Bianca Gascoigne and Jamie O'Hara as celebrity land's newest couple, I hate to inform you that things have ended before they even got off the ground properly.

According to reports, Jamie called time on their (very) short fling because he doesn't want anything serious right now.

The former Tottenham player is thought to be spending time with his children and dedicating time to his family for the foreseeable future.

That's cool and all but apparently, he forgot to inform Bianca of his decision. 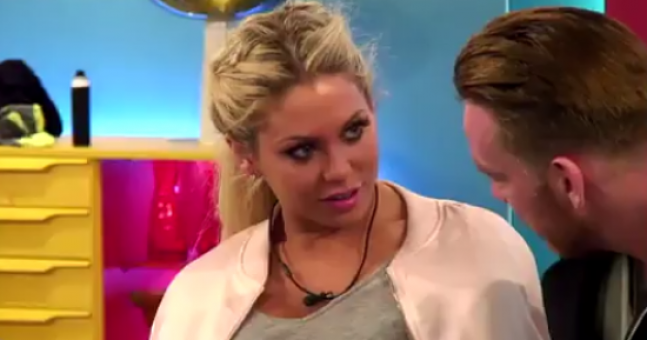 "It would have been more respectful to hear the news from him first rather than reading about it in the newspapers".

Considering how well the pair got on while in the house, it's surprising to hear that things went downhill so quickly but something tells me there's more to come from this...

popular
Gwen Stefani reportedly pregnant with baby number four
Couple, both 100, die holding hands just hours apart after being married for almost 80 years
Why Are Men so Obsessed With Boobs? The Answer is Pretty Surprising...
Vogue Williams deems David Beckham a "sh*tebag" over World Cup deal
Remember Charlie from The Santa Clause? Here’s what he looks like now
Kourtney Kardashian gives huge update about stopping her IVF journey 10 months on
Here are our top picks from this week's Lidl Toy Event
You may also like
1 week ago
Two beloved Call the Midwife characters are leaving the show this Christmas
3 months ago
When does the Great British Bake Off return?
4 months ago
Here's when Strictly Come Dancing returns to our screens
6 months ago
Alexis Bledel quits The Handmaid's Tale before season 5
8 months ago
The Chase's Mark Labbett "gutted" after being axed from US show
1 year ago
Last night's Strictly result ruffled a few feathers
Next Page