From Hook, Jurassic Park, The Goonies, Hocus Pocus to Matilda, she's pretty much been in all of them.

Laura Dash is a professional stunt woman and has been working in Hollywood since the 1980's. At 4ft 5in she has mainly been a stunt double for child actors which means she has performed in most of our favourite childhood movies.

Her nephew shared this photo on Imgur and after seeing the huge response he encouraged her to share her story and more photos with the public. 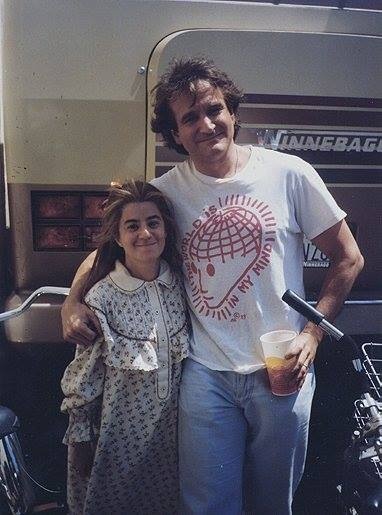 From being a stunt double for Maggie in Hook, to playing Tim in Jurassic Park she's been in most of the movies we loved growing up.

She shared her story on Reddit and did a q&a session with the public. When asked about which movie was her favourite she said, "I'd have to say it's a toss up between Goonies and Hook. Goonies we got paid to go down waterslides, and on Hook just the sets were amazing, and the cast and the crew and I mean - we would be laughing every day." 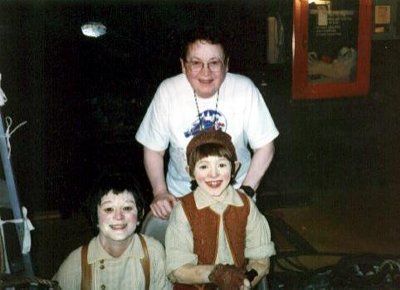 popular
Netflix's true crime series Sins of our Mother is seriously insane
So, William and Harry have a step sister... and who knew?
Why Are Men so Obsessed With Boobs? The Answer is Pretty Surprising...
Singer Ciara cancelled her wedding over transphobic laws
Gwen Stefani reportedly pregnant with baby number four
This is the easiest way to determine you may have VIKING heritage
Body language expert says Meghan and Harry were having a row at Eugenie's wedding
You may also like
4 days ago
Do Revenge: Netflix's new No.1 movie is a savage mix of Mean Girls and Cruel Intentions
1 week ago
WATCH: Powerful Sinead O’Connor documentary primed for Oscar glory
1 week ago
WATCH: The trailer for Mila Kunis' new Netflix movie is here
2 weeks ago
Netflix reveals full list of scary shows and movies arriving between now and Halloween
3 weeks ago
Cinemas across Ireland to celebrate National Cinema Day with €4 tickets
2 months ago
NOW announces large price reduction to its monthly membership
Next Page