Lots of parents shared their children's back to school photos this week.

Celebrity parents Una Healy and Ben Foden were no exception as only a year on from their split they shared their pride for their son's first day of primary school.

The couple who share two children, seven-year-old Aoife-Bell and four-year-old Tadhg, have said on numerous occasions that no matter what happens between them, their children always come first. 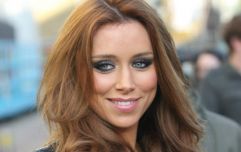 END_OF_DOCUMENT_TOKEN_TO_BE_REPLACED

Both Una and Ben put on a reunited front for their son's first day of school after both sharing photos of him decked out in his new school uniform.

His big sister, who attends the same school, can also be seen in the photos in her blazer and hat.

Fans and friends of the singer left messages congratulating the children on their first day of school;

"They so adorable in there new uniform and I can't believe they have grown so fast."

"Hope they had a great day, love the uniforms." 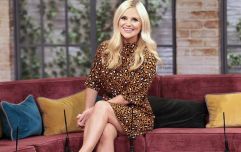 END_OF_DOCUMENT_TOKEN_TO_BE_REPLACED

Both Una and Ben have begun seeing other people since their split with Ben surprising many by remarrying last month in Nantucket, Massachusetts.

Una is currently in a long-distance relationship with Limerick hurler David Breen as she and her children are living in the UK.