The Beckham clan could be about to get bigger.

David and Victoria Beckham will be twenty years married in 2019 and what better way to celebrate than with a fifth child?

Not only a fashion designer and mother of four (and apparently hip-hop star), the British brunette makes fashion show and red carpet appearances more than regularly.

She must definitely be eating her Weetabix in the morning.

One thing the ex-Spice Girl has been reportedly consuming more of lately is folic acid, in preparation for another baby. 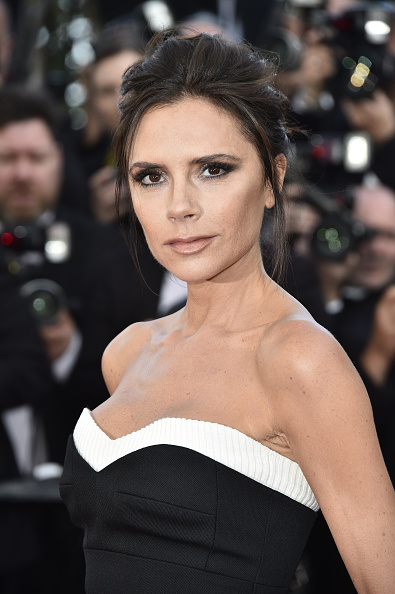 According to the Daily Mail, a source has confirmed the designer has started to increase her intake of the vitamin, consuming green vegetables including spinach and broccoli which are known for it's abundance of folic acid.

Other British celeb mothers expecting their fifth children are Tana Ramsey and Jools Oliver, and as both are friends to ex-Posh Spice, it's no surprise that Vicky B would perhaps follow the trend.

Victoria and David are already doting parents to four beautiful children - Brooklyn, Romeo, Cruz and Harper - and we're already trying to guess what the pair may name the fifth child.

Girls With Goals || Her · Ep.161: Feeling Peachy - Sharon Keegan of Peachylean on being an absolute BOSS!
popular
Love Island featuring show's first contestant with a disability
Meghan was right to say Archie "won't be a prince" under Prince Charles
Opinion: It's your wedding, you can have an 'adults only' day if you want
Friends Star James Michael Tyler Files For Divorce
Friends actor James Michael Tyler battling Stage 4 cancer
Love Island winner Greg O'Shea explains why he's leaving "celebrity" life behind
Khloe Kardashian has JUST confirmed she is pregnant
You may also like
1 month ago
Helen McEntee thanks followers for support as she shares first picture with newborn son
2 months ago
Laura Whitmore urges fans to "stop comparing bodies" of new mums
2 months ago
The One Show's Alex Jones reveals on air she's expecting third child
2 months ago
Zara Tindall and husband Mike welcome baby boy
3 months ago
Hilaria Baldwin thanks "special angels" who brought daughter Lucía into the world
6 months ago
Brian McFadden and Danielle Parkinson expecting "miracle" first child together
Next Page