Why are so many influencers still going on holidays?

Or as the Brits like to call it, Tier 4.

Whatever your choice of descriptor, the sentiment remains the same: Covid is at its worst, and we should all pretty much be staying home. 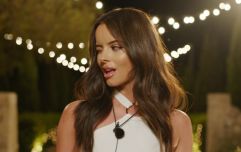 END_OF_DOCUMENT_TOKEN_TO_BE_REPLACED

Or rather, that's the messaging that has sunk in for us lay folk, the majority of whom have forgone travel for almost a year now, spending our days dreaming of Spanish sunsets, luxurious resorts, and days that don't end at 4.49pm.

And yet, it appears that the same strokes don't apply for the same folks, as countless celebrities, and most notably, influencers, are still jetting off on holidays during the worst few months of the virus.

So, why are so many influencers still going on holidays, and how are they justifying being there?

The first reason is simple enough: they're being paid to be there. Both the Irish and UK governments are currently advising against travel unless for work purposes, and while it arguably is not essential for anybody to be flying to the Maldives to promote their latest Boohoo edit, the 'sponsored-content-is-paid-work' excuse seems to be the one most people are relying on.

CEO of Trending Travel, Keith Herman, recently told the BBC that his company, which pays influencers to travel to specific countries, relies on their content during the off-season to prepare for the summer months. 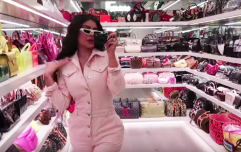 END_OF_DOCUMENT_TOKEN_TO_BE_REPLACED

"Travel agents and tour operators alike are all in the same boat," he said. "We need to get through these tough times and especially the next few months which is a critical sales period."

One country particularly interested in tourism sales is the United Arab Emirates. Rumour has it that you lose your influencer badge if you don't holiday there at least once a year, documenting your experience in exchange for a hefty fee from travel agents and brands alike.

Dubai's draw is not an organic one - it's because it pays well. Fully aware that their country boasts little in terms of natural history, the UAE funnels cash into the pockets of influencers in a bid to draw tourists to its glitzy, glamorous shores.

But the deceit doesn't stop there. According to Tribune Magazine, the constant posts of luxury and glamour also exist to hide the country's deeply problematic worker sponsorship programme, which sees over-worked migrants with little to no rights building a city they will never be able to afford to live in.

"The bright lights of Dubai as the glittering backdrop of our favourite influencer’s post are just another deceitful tactic," they said. 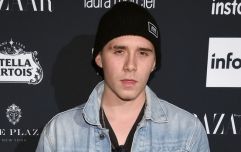 END_OF_DOCUMENT_TOKEN_TO_BE_REPLACED

While some influencers continue to shamelessly share their bikini bootie and tanned shirtless pics all over Instagram, others have taken it upon themselves to do something even worse - pretend they're not there at all.

Unfortunately for influencers, social media is their job. If they're not posting, they're not making money. In theory, it makes sense that if they were to go on holiday during the height of the pandemic, they would almost have to keep posting.

Zara McDermott is one of the latest celebrities to get caught editing pictures to make it look like she's not abroad. The reality TV star, who has appeared on everything from Love Island to Celebrity X Factor to Made in Chelsea, appeared to blur the background of a recent post to hide that she is allegedly in the Maldives.

An Instagram Story revealing a different time zone and a sponsored post edited to hide a tropical background were both spotted (and called out) by eagle-eyed followers, before Zara's rep told MailOnline: "Zara has been posting pre-recorded content - but she messed up.

"She posted screenshots of messages she received on her Instagram stories showing a time zone, which is hours ahead of the UK. As soon as followers started commenting, she quickly deleted the stories."

Where some have attempted to fly under the radar, others have straight up tried to flee. Love Island's Zara Holland (similar shit, different Zara) was charged this week for breaching Barbados' Covid regulations when she and her boyfriend attempted to leave the country after he tested positive for the virus.

Elsewhere, others have simply continuously flaunted the travel restrictions their country has implemented to slow the spread of Covid.

In June, Hailey Bieber and Bella Hadid were spotted boarding a yacht off the coast of Sardinia, while Timothée Chalamet and Eiza González were seen holidaying in Cabo San Lucas, Mexico. Kim Kardashian took her entire family to a private island" to "feel normal," while sister Kylie somehow ended up in Paris in August.

Pretty much every single Love Island contestant was in the UAE for the New Year, while Tom Hanks flew back to Australia to finish his upcoming Elvis Presley biopic, just a few months after leaving when he contracted coronavirus.

If you can afford it, you can do almost anything. And you'll probably even get paid to be there.