Ronan Keating has been confirmed to join the cast of West End musical Once.

The nasal tones of Boyzone’s front man will play the part of Irish busker Guy in the musical production from November 17th -  March 21st 2015.

Based on the film of the same name, Once focuses on the relationship between Guy and a Czech woman he meets in Dublin through their shared love of music.

END_OF_DOCUMENT_TOKEN_TO_BE_REPLACED

Speaking at the announcement of his new role, Keating said:

"I was truly bowled over when I first saw Once. The music and storyline are so incredibly moving and, combined with John Tiffany's direction, I believe it's a modern-day masterpiece. It's unlike anything else I've ever seen.

"When I was asked about playing the lead male, I was completely overwhelmed because I knew it would be perfect - this was my home town, my people, and the place where I began my own music career. But as exciting as that is, it's scary too."

The singer turned presenter has never performed on the West End but is “really looking forward to returning to London and completely sinking my teeth into the role”.

The 2007 film bagged Hansard the 2007 Academy Award for Best Original Song for ‘Falling Slowly’ with the soundtrack as a whole also receiving a Grammy Award nomination. 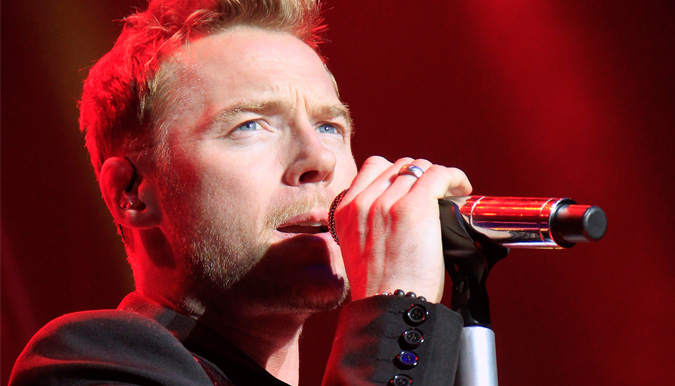 popular
Charlie Bird says he "cries every day" as he struggles to cope with MND diagnosis
Princess Charlene in "very vulnerable" condition, says father
Real Housewives of Johannesburg star Naledi Willers dies aged 30
Concerns over travel restrictions this Christmas due to “significant numbers” of Omicron
Boris Johnson announces birth of "healthy baby girl"
Marty Morrissey to take a step back from RTÉ after tragic death of mum Peggy
Pippa O'Connor "forever grateful" as she goes to Billy's last check up in Holles Street
You may also like
2 years ago
Turns out, this colour of wine gives you the WORST hangover
5 years ago
Pretty Little Liars actor Brandon Jones could be facing over five years in prison
5 years ago
Gwen Stefani Receives Massive Backlash After "Insulting" April Fools' Prank
5 years ago
Katie Price Names And Shames The Twitter Trolls Bullying Her Son Harvey
5 years ago
Kim Kardashian Blasts "Body-Shaming and Slut-Shaming" In Brilliantly Honest Post
5 years ago
WATCH: Emma Watson Launched HeForShe Arts Week On International Women’s Day
Next Page