You star Penn Badgley and rapper Cardi B have changed their Twitter profile pictures to photos of each other after realising they are both mutual fans.

The wholesome new friendship began when a video resurfaced of Penn discussing his "pathetic" relationship with social media, admitting that he admired Cardi's online authenticity. 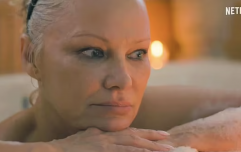 END_OF_DOCUMENT_TOKEN_TO_BE_REPLACED

"It's this incredibly nuanced place to be and despite what many might judge as 'antic' she has an incredibly authentic relationship to social media and that's why people love her so much."

The WAP singer then retweeted the video and could hardly contain her excitement over Penn's comments.

"OOOOMMMFFFGGGGGG HE KNOWS ME!!! OMMMGGGG!!!!!! Yoooo like I'm famous, famous," she wrote.

To which Penn was left speechless, simply responding "I-". 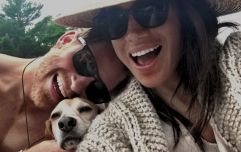 END_OF_DOCUMENT_TOKEN_TO_BE_REPLACED

In an unexpected move, Penn then updated his Twitter profile picture to an image of a blue-haired Cardi.

Cardi shared a video of a kid looking at a camera and asking his mom, "Is that you? Is that me?", before changing her profile picture to an image of Penn as his You character Joe Goldberg, staring creepily out a window.

Fans were left in awe watching the unexpected bonding between the two unfold.

"What is going on?" one fan commented.

"This is so random but I am here for it," another said.

On the Baha'i podcast with Rainn Willson, he said that he felt that the "most meaningful contribution I have to make as an individual is on these platforms," adding that he wants to use his fame to uplift others.

"And in trying to have a pure intention and honest interaction on these spaces, I also found that I was completely overwhelmed by being conscious of how many likes or retweets or whatever," he explained. "It was such a convoluted way to be like, 'acting.'"

popular
Baby dies next to mother who drank 'two or three' bottles of wine then fell asleep
S Club 7's Hannah Spearritt and children left homeless after being forced from home before Christmas
Clarins opens its first spa in Ireland (and the UK) on one of Dublin's busiest streets
Irish pizzeria given perfect score by top food reviewer
Woman dies four days after proposal after using wrong spoon to stir tea
Woman spots dead husband in promo video for Indian restaurant
Sam Smith reveals they were spat at in the street after changing their pronouns
You may also like
1 week ago
Netflix is about to launch the Avengers Assemble of reality dating shows
3 weeks ago
Wednesday is set to return for a second season, Netflix confirms
3 weeks ago
Glass Onion is now Netflix's third most-watched film
4 weeks ago
All of the new Netflix movies and shows arriving in January
1 month ago
Netflix fans left on the verge of 'throwing up' and issue warning about 'upsetting' dog movie
1 month ago
Netflix teases UK version of Selling Sunset to begin next year
Next Page