That was a rollercoaster.

Former Love Island star Zara McDermott has left fans utterly confused after she announced that she is expecting her first baby, but was she really?

Posting a snap of a positive pregnancy test on her Instagram story, she wrote: "Our very own Love In The Flesh baby."

END_OF_DOCUMENT_TOKEN_TO_BE_REPLACED

Fans rushed to congratulate her and boyfriend Sam Thompson on their happy news, but it wasn't long before she revealed that she wasn't actually pregnant at all.

Hosting the new dating series Love In The Flesh, the announcement was actually for one of the couples who appeared on the show, and she was simply congratulating them. 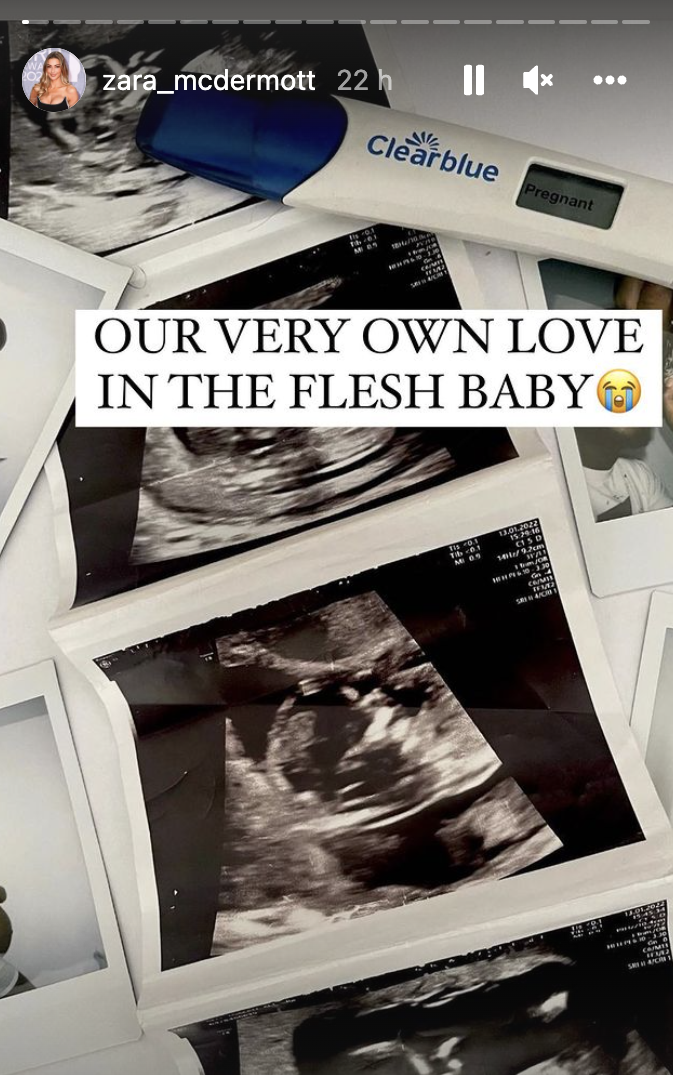 Taking to her story again, she said: "I am NOT pregnant.

END_OF_DOCUMENT_TOKEN_TO_BE_REPLACED

"I just didn’t want to reveal who is pregnant from the show in case anyone hasn’t watched it yet."

This makes a lot more sense when you see her story of her friends who were sending her confused messages.

One friend messaged her and said: “Omg I was legit about to have a panic attack.” 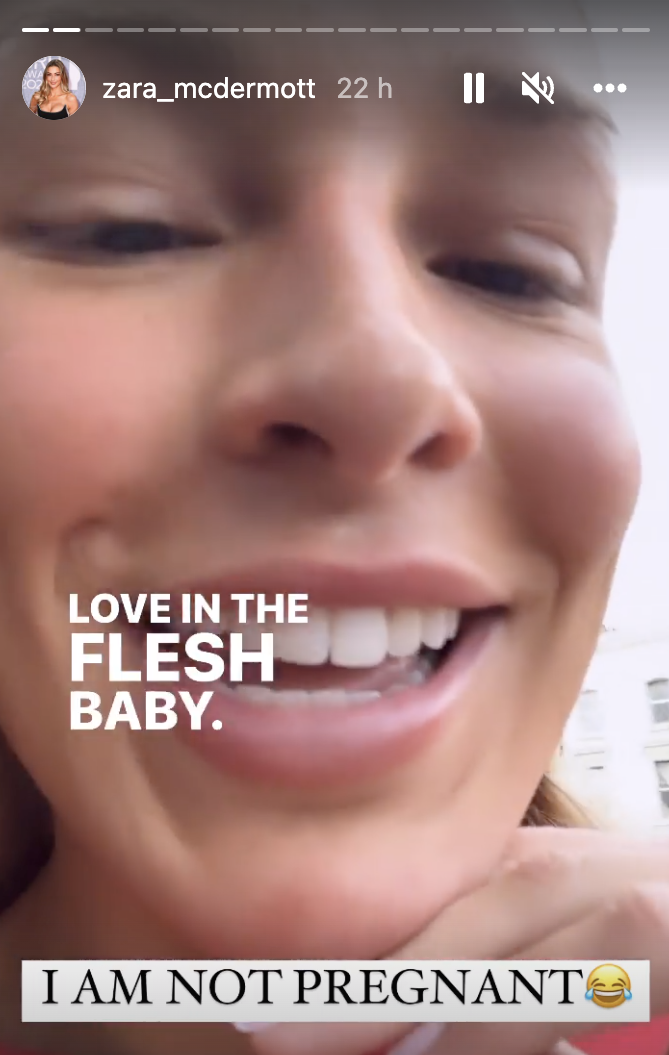 Another added: “This f***ing panicked me for a mo.”

Discussing her new dating series, the 25 year old revealed to OK! Magazine: "We bring together five couples who have only ever spoken online to Greece to meet for the first time – in the flesh.

“We watch them lock eyes and have their first in-person conversation which is a really magical moment! And then we see if these relationships can survive. It’s a really fun show.

"What I loved the most about the show is the fact that I was able to go into the beach house and check the temperature, check in with the contributors, give a bit of advice and be a shoulder to cry on from time to time.”

popular
Parents told to stop buying selection boxes for kids- here's why
We could be getting snow this Thursday, according to Met Éireann
This Netflix Christmas film is being dubbed the perfect rom-com
Only watch this new Netflix film if you want to bawl your eyes out
Nicola Coughlan lands "lifelong dream" role as she gets cast in Oliver Twist
Why Are Men so Obsessed With Boobs? The Answer is Pretty Surprising...
Shops could be required by law to take cash payments under new bank rules
You may also like
1 week ago
Love Island stars rush to support Luca Bish after his split from Gemma Owen
2 weeks ago
Luca Bish addresses Gemma Owen breakup
3 weeks ago
Dami Hope and Indiyah Polack set to move in together
3 weeks ago
Adam Collard addresses *that* viral video again
3 weeks ago
Olivia Attwood 'heartbroken' after quitting I'm a Celeb
3 weeks ago
Love Island's Liberty says she gets body-shamed on TikTok
Next Page