I'm not going to say I missed you because I didn't. But it's safe to say you've been talked about due to your lack of presence over the past month.

Usually, in Ireland, a day of sun is followed by 364 days of rain, shitty grey clouds and wind that would whip the extensions right out of your hair. 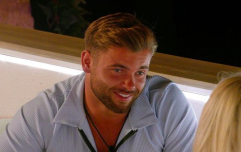 Why exactly Jake's actions are being questioned on Love Island

END_OF_DOCUMENT_TOKEN_TO_BE_REPLACED

BUT, this summer has been different, we saw little to no rain in June and July was looking the exact same right up until now. This morning, everything changed, we woke up to grey clouds followed by rain at around 10am and it's safe to say we are DEVA.

So, now that the shite weather is making a comeback, here are 11 things we're all thinking as we wave goodbye to the STUNshine.

I should have put the washin' out on the line EARLIER this week FFS.

GREAT, just when I order shorts off Zara, the weather goes to piss.

*FRANTICALLY searches Ryanair for last minute offers*... Alicante for €39.95 one way? SOLD. I'm not coming back to this shite.

You think about deleting Twitter due to the volume of  "so long summer 2018" tweets. It's not witty if everyone and their mother is saying it too.

How do I boycott the strangers at the bus stop who want to discuss the climate change?

You're waiting for your father to reveal he predicted this. Ye, of course you did Da.

You can't outfit plan for tomorrow because it could lash but at the same time, it could be roasting again aaaaaand we're back to unpredictable weather. Great.

Sure look, at least the car is getting a good wash.

I should have gone to the Barge. WHY didn't I go Barge-ing.

You think the next time you see a blue sky it'll be in an Insta throwback.

Sure the tan is going to fade now. F@*K.

And although we're being seriously dramatic as the weather is predicted to return again this Friday and Saturday, it's going to be short-lived and followed by rain again. Ah, Ireland, don't play us like this, you were doing SO well.

popular
Brian Laundrie parents 'to cremate body with no funeral' amid mystery over cause of death
Giovanni Pernice confirms Maura Higgins split
Late Late Show viewers are not happy with Ryan's questions for Billy Connolly
Molly Mae and Tommy terrified to go home after €1 million worth of items stolen
Someone has ranked the penis size of men from all over the world
Apparently, you should never wear orange to a job interview
10 items from Zara for the perfect autumn capsule wardrobe
You may also like
3 days ago
3 brilliant (and delicious) things to do with all that pulp after you carve your pumpkin
1 week ago
Are we really still debating whether contraception is a good thing?
1 week ago
Dublin bakery introduces 15c paper bag levy to tackle waste
2 weeks ago
Do we need a new term for 'violence against women'?
1 month ago
Bewley's Big Coffee Morning is happening tomorrow to raise vital funds for hospices
1 month ago
California is set to outlaw nonconsensual condom removal - and rightly so
Next Page