23 Things You Need to Know About Home & Away

It's the soap that launched a hundred Hollywood hotties (pause to give thanks). The ultimate student viewing, Home and Away has over the years offered us some of the craziest storylines ever presented in soap, countless surfer dudes to fawn over and role models for life in the grandparents you wish you had - Alf, Donald, Irene. If you consider yourself a real fan though, there are a few things you really should know...

1. Summer Bay is most likely haunted.

It’s had ghostly reappearances from several dead characters, including Ailsa and Tom. The most memorable spirit has to be Bobby, though, appearing regularly on Ailsa’s fridge to remind her of how much Alf loved her. Sweet really.

END_OF_DOCUMENT_TOKEN_TO_BE_REPLACED

2. No acting experience? No problem!

When Isabel Lucas was cast as Tasha in 2003 her acting experience was limited to say the least. So to make sure the demands on her were low, Tasha was written as a girl who only spoke Pig Latin. Lucas has since made the move to Hollywood and continues to speak English to this day…

END_OF_DOCUMENT_TOKEN_TO_BE_REPLACED

Ah wouldn’t you just love to give him a big hug. Alf, played by Ray Meagher, appeared in the pilot episode of the series way back in 1988 and is the only remaining member of the original cast. His first wife died and his second murdered her father, he’s been surprised by two children he never knew about, and he’s managed to survive a brain tumor, among many, many, other things. Quite the ledgebag, eh? 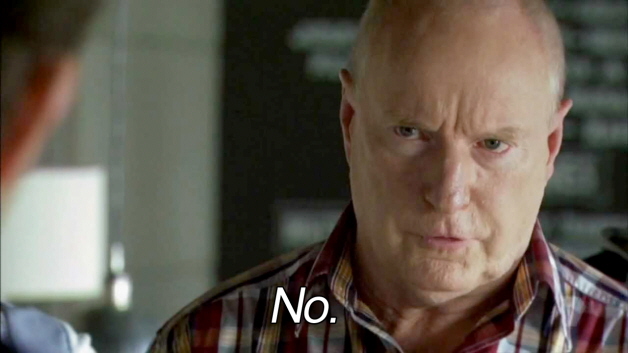 END_OF_DOCUMENT_TOKEN_TO_BE_REPLACED

4. Home and Away makes movie stars

If you’re an Aussie and working in Hollywood it’s a good bet you once stayed at The Caravan Park and enjoyed a burger in the Summer Bay Diner. Naomi Watts, Julian McMahon, Isla Fisher and the late, great Heath Ledger all starred in the soap in the early days of their on-camera careers.

5. Home and Away does not make singers

May we present the evidence – Dannii Minogue and Tammin Sursok. Sorry.

Poor old Sally. Kate Richie, the actress who played Sally Fletcher for an incredible twenty years has long been dogged (sorry) by rumours that she appears on a sex tape that’s widely available online. For a short time it was also rumoured, incorrectly, that she had appeared in pornographic movies. Richie has never spoken publicly about the sex tape.

7. Home and Away does make real-life couples

Steve Peacocke and Bridgette Sneddon are the most recent real-life couple from the set of the soap, tying the knot in January of this year. Let’s hope married life for them is far less dramatic than relationships have tended to be for their characters… 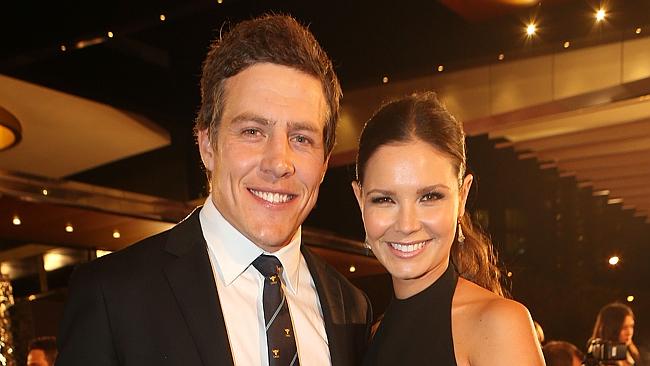 The fledgling soap was only a few weeks on air when the subject of rape was tackled, quite a shocking storyline from a 1988 show that aired at 6.30pm, and through the twenty-five years since Home and Away has never shied away from shocking storylines. Often completely ridiculous ones, but sometimes quite brave really… amongst the list of storylines you'll find teen pregnancy, abortion, surrogacy, bullying, domestic violence, gambling, racism, rape, drug addiction and alcoholism, kidnapping, arson, imprisonment, sexuality, suicide, homophobia, murder, incest, child abduction, child abuse and mental illness. 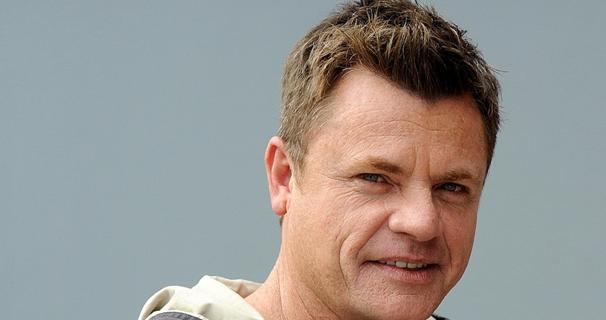 9. It only exists because Neighbours was cancelled

Rival Aussie soap Neighbours was originally made by Seven, the network behind Home and Away. Cancelled in 1985, it was subsequently picked up by another network and became hugely successful, so Seven’s head of development decided he needed another soap, but something very different from Neighbours…

10. It was originally called Refuge

The plot for the show was originally inspired by the real story of a New South Wales town’s reaction to plans for the construction of a foster home for children from ‘The City’ (more on this later). So, that theme tune we know and love may never have soundtracked 6.30 on weekday nights in almost every Irish household. Speaking of…

The lyrics have remained the same (and everyone in the country knows them off by heart) since the first incarnation, but the theme tune has been rerecorded or shortened for the opening titles a total of seven times now.

12. The cast has earned the key to the beach

To mark the 21st anniversary of the soap in 2009, the cast got the Australian equivalent of Bono being handed the Freedom of Dublin – the key to Palm Beach, where the soap is filmed. The key to Palm Beach or the right to let your sheep graze on St. Stephen’s Green? Sorry Bono, you lost out here.

Every night between 1 and 1.4 million Australians tune into the shenanigans in the Bay, while a quarter of a million Irish people do the same.

14. A visit is now essential for every Irish person in Oz

Now that half of our youth population have upped sticks and moved Down Under you’d think we’d have seen a few cameos; the odd ginger in the Surf Club, some deathly pale bodies on the beach – but no. Instead we just get endless streams of Facebook profos taken in front of a beach that could be Summer Bay. It could just as easily be Lahinch on the one nice day of the year, but we’re giving them the benefit of the doubt.

As well as being screened in Australia and New Zealand, the goings-on in Home and Away are broadcast in Ireland, The UK, Norway, Lithuania, Greece, Estonia, France and Belgium. In France it’s just called Summer Bay though. There’s always one.

16. THIS exists in many Irish households

Superfans of the soap in the early 90s had this on the games shelf. If you still do – consider us jealous. Who sank Alf’s boat? Who broke the windows in the church? Work your way around the board to get clues and prove that your friends are INNOCENT! 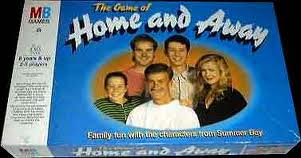 17. Summer Bay is a REALLY dangerous place to live.

On average there are at least three deaths a year, and very few of them are from natural causes. In 2000 the three deaths were Charlie; car accident, Ken; crushed under a car and Alicia; fell off a cliff. 2006 was a particularly rough year; Graham died when Robbie turned his life support off, Josh was shot, Elaine, Eve and Tracy all died from the injuries they suffered when the barn exploded and Emily passed away from cancer.

In a poll carried out on BacktotheBay.net (yes, we know), Irene was voted the best character in the history of the soap. The character originally arrived in Summer Bay in 1991, a struggling alcoholic whose children were in foster care over at Pippa’s. Two years later though she had turned her life around, and in the decade since has been regarded as a no-nonsense Summer Bay resident with a heart of gold. Fair Dinkum Irene! 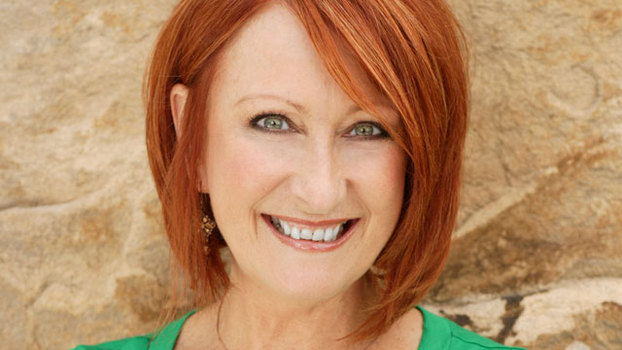 19. If you are pretty and female you may need to go into hiding once every ten years

It was back in 1996 when creepy cult leader, (in fairness, is there any other kind?), Saul set his sights on Selina. After he kidnaps and attempts to murder her she finally escapes and makes her way back to the bay, but one year later, on Selina’s wedding day, he’s baaaaaack! In 2005 it was the turn of Tasha Andrews to be brainwashed by a cult called ‘The Believers’ – nothing to do with Justin Bieber BTW.  So we figure if any pretty females join the cast in 2015/16 we know exactly where they’re headed…

20. Ireland was the first country outside of Australia to air the show

Always ahead of the game, so we are. Long before the rest of the world caught on, RTÉ saw something special in Home and Away. The show aired on Irish television just a few months after its 1988 launch Down Under.

21. While all our friends are off to Oz, the cast are coming to Ireland

Yes, as our buddies are sending us snaps of themselves on the beach with a turkey for Christmas, Brax et all are busy putting on some clothes for a change (boo) and touring around Irish nightclubs. He proved so popular that Romeo, Spencer and Heath followed. If only this trend started when Chris Hemsworth was still there. Sigh. 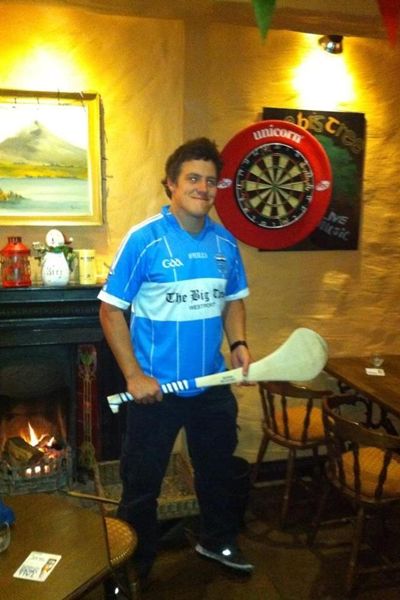 If you ever get stuck in Summer Bay without a car good luck getting out of there. For twenty-five years pretty much the only place you can go is nearby Yabbie Creek or else “The City”. But never ask what city, they won’t tell you. It’s just THE city. There can be only one.

23. You are now officially one of the show’s biggest fans

If you stuck with us for this long, your devotion to Home and Away is mightily impressive. We salute you.

popular
John McAreavey reveals baby number two is on the way
Laura Whitmore addresses negative Love Island comments
Top tips for keeping your fake tan on for longer as the weather heats up
Coco Lodge has released her Love Island audition tape
Upcoming X Factor documentary to expose "bullying and exploitation"
Congrats! Ailbhe Garrihy is expecting her second baby
Why Are Men so Obsessed With Boobs? The Answer is Pretty Surprising...
You may also like
1 month ago
Gogglebox Ireland are looking for men to join the new season
1 month ago
WATCH: The trailer for The Handmaid's Tale season 5 is here
1 month ago
Hang on, is Boris Johnson entering the Love Island villa tonight?
1 month ago
NOW announces large price reduction to its monthly membership
1 month ago
Netflix CEO confirms adverts are coming to the service
2 months ago
Netflix looking for participants for Squid Game reality series
Next Page