Love Island: Nas's reaction to Siannise going on a date was nothing short of incredible

Tonight on Love Island, not a whole lot has happened.

Sure, two new lads have entered, four girls have gone on dates, and Iain Stirling has cracked a few more teeth jokes about Connor.

But apart from that, nah it's been fairly tame, tbh.

So tame, in fact, that one of the most exciting things to happen this episode is Nas's reaction to Siannise going on a date.

And in fairness, it was pretty incredible.

END_OF_DOCUMENT_TOKEN_TO_BE_REPLACED

Siannise and Sophie both headed off for their dates first thing in the morning, with both agreeing that while the new boys were super lovely, they may not have been entirely sold on them.

Maybe because new boy Finley is literally 20 years old. But that's neither here nor there.

Afterwards, Shaughna and Paige went off to meet the lads for their second date of the day and, unsurprisingly, Shaughna was entirely smitten. 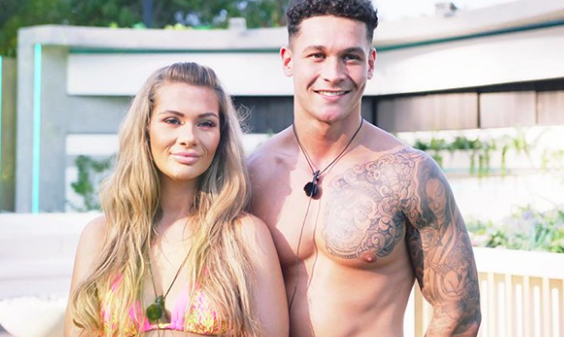 After meeting Connagh, Shaughna immediately informed him that she "has a 'gh' in her name too!" - meaning that the pair are obviously going to get on like a house on fire.

She later returned to the villa to introduce the boys to the rest of the islanders... and to let the girls know that she is, indeed, mad into Connagh.

popular
Curtain bangs are trending - here's everything you need to know
'Beard-baiting' is now apparently a dating trend - and we're all for it
10 women on the relationship deal-breakers they learned the hard way
QUIZ: How well do you really remember the first episode of Sabrina The Teenage Witch?
Your guide to styling this autumn's staple knit, the dad vest
15 tattoo ideas you'll adore if you love the sea
Rose Leslie and Kit Harington share baby news with super cute photo
You may also like
1 month ago
Everything you need to know about season two of Love Island USA
1 month ago
Love Island's Dani Dyer expecting first child with boyfriend Sammy Kimmence
2 months ago
Love Island's Marcel expecting first child with girlfriend Rebecca
2 months ago
Have we really come all that far since #BeKind?
2 months ago
Love Island's Lucie and Luke have confirmed they are, indeed, dating
2 months ago
Maura Higgins: "You always hear men talking about sex, why can't I do the same?"
Next Page