Have you checked out Never Have I Ever, Netflix's charming new teen sitcom?

If not, you're in for a treat.

Series one is now available to stream. Here are five reasons to give it a go this weekend. 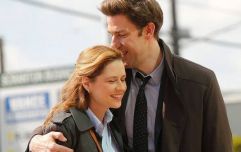 END_OF_DOCUMENT_TOKEN_TO_BE_REPLACED

Never Have I Ever follows the exploits of Devi, a teenage girl obsessed with casting off her awkward rep and moving up the food chain in her high school. If you ever got drunk to impress someone you fancied, got caught in a lie that grew beyond your control, felt boxed in by your family or struggled with your sexuality, you'll vibe with this.

The show's co-creator Mindy Kaling (The Office, The Mindy Project) has said that it was inspired her own experiences growing up which is probably why Never Have I Ever is so grounded in reality. 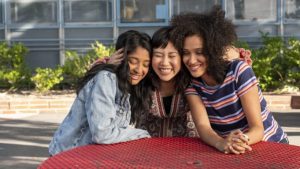 The cast is solid 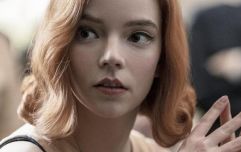 END_OF_DOCUMENT_TOKEN_TO_BE_REPLACED

It's an easy watch

You're not starting a complicated crime drama with four seasons - there are just ten episodes of Never Have I Ever, each no more than 30 minutes in length. It's silly, funny, safe enough to watch with your parents and one you can binge in all at once or in a few sittings. Happy days.

We won't give anything away except to say that you might shed a tear while watching. No shame in it. 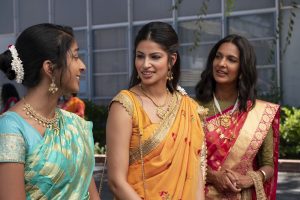 If reviews are your thing, you'll be happy to hear that the series has earned a 97 per cent rating on Rotten Tomatoes and plenty of critical acclaim.

Forbes called Never Have I Ever Netflix's "best teen comedy to date" and the Guardian described it as "a moving and original portrait of a teenage girl", while Vulture's reviewer said that it was "a TV show I didn’t realise I badly needed until I’d finished it and instantly wished for more."

Girls With Goals || Her · Ep.151: 'A Story Shared' - Aoife P. Rafter on blogging during a pandemic and living with CF
popular
'I feel betrayed': Curtis Pritchard on Maura Higgins and Chris Taylor's relationship
Ross was never meant to say Rachel's name at the altar, Friends writer reveals
'I loved it': The childhood drug addiction that inspired The Queen's Gambit
New ad campaign to show tampon string - despite push-back from media execs
Viewers praise Corrie for emotional scenes as Leanne's son Oliver passes away
Rachel Wyse And Galway's Joe Canning Are Reportedly Dating...
All the series and movies you need to see before they leave Netflix in December
You may also like
3 days ago
David Attenborough quits Instagram just two months after joining
4 days ago
Season two of Virgin River lands on Netflix this Friday
5 days ago
Princess Diana's brother isn't happy with The Crown's depiction of his sister's marriage
5 days ago
The Queen's Gambit breaks records as biggest limited scripted series on Netflix ever
5 days ago
Camilla receiving online abuse following The Crown's depiction of Prince Charles affair
6 days ago
The Obamas are producing a Netflix comedy about the Trump administration
Next Page