The trailer for the the latest Home Alone installment - Home Sweet Home Alone - dropped yesterday, and fans were a little baffled.

Some felt the film looked particularly lackluster, while others questioned why we even need another Home Alone film. Surely we all learned our lesson after Home Alone 3? No?

Many Irish fans, however, felt a bit puzzled over Aisling Bea's accent in the trailer.

The Irish comedian plays Carol Mercer, the mother of the central character, Max Mercer (Archie Yates) who gets left behind during the Christmas holidays.

In one month, holiday hijinks arrive with the premiere of #HomeSweetHomeAlone. 🎄 Start streaming the Original Movie on #DisneyPlusDay, November 12. pic.twitter.com/t1NXDCe8Aa

Bea, however, sports an English accent in the movie. Now, there's zero issue with her accent - it's perfectly adequate - but many wondered why the character couldn't simply be Irish instead?

Some took to social media to express their confusion.

One Twitter user wrote: "You made Aisling Bea change her accent because you were worried American audiences wouldn't be able to understand her, didn't you?"

You made Aisling Bea change her accent because you were worried American audiences wouldn't be able to understand her, didn't you? https://t.co/A27R2WtRYx 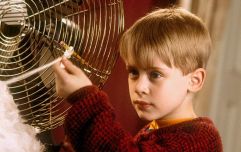 Home Alone reboot "very close" to being finished, says one of its stars

END_OF_DOCUMENT_TOKEN_TO_BE_REPLACED

Aisling herself, however, cleared the air and responded to the bafflement in the best possible way.

In a video posted to Twitter and Instagram, Aisling put it quite simply. The character's supposed to be English, which is why she speaks that way. 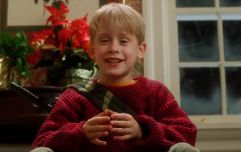 END_OF_DOCUMENT_TOKEN_TO_BE_REPLACED

Donning a disguise - and an incredible Northern English accent, let it be known - Aisling appeared as her agent on Instagram and issued a "formal statement"

"Hello, I am Aisling's agent," she began. "Aisling is taking a brief break from social media, what with the hullabaloo that were caused earlier from the release of the Home Alone movie trailer.

"If you would like to listen to Aisling speaking in her own accent - the one what she were born with - then I would encourage you to watch This Way Up, seasons one and two."

"If you're OK with crime, you can watch anything illegally," she said.