"There continues to be a debate about abortion in the UK."

The BBC have been criticised for failing to share relevant abortion information following a recent episode of Call The Midwife.

The episode, broadcast at the beginning of this month, followed a woman named Jeannie who discovered that she was experiencing an unplanned pregnancy.

END_OF_DOCUMENT_TOKEN_TO_BE_REPLACED

The mother-of-two was told that she couldn't have an abortion by both her husband and her doctor, so she opted to attend to a backstreet clinic.

The episode ended with Jeannie suffering fatal consequences as a result of her unwanted pregnancy - an outcome that struck a chord with many viewers at the time.

A special mention for the marvellous Molly Chesworth @MollyChes who played Jeannie in tonight's moving episode of #callthemidwife 👏👏👏 pic.twitter.com/JAp0NHQZ8k 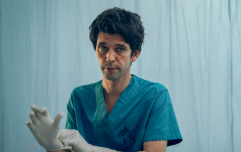 END_OF_DOCUMENT_TOKEN_TO_BE_REPLACED

Afterwards, a message appeared on screen directing viewers to the BBC Action Line for more information on the issues raised in the programme. However, at the time, no information about abortion services were available on the website.

The Independent reports that the BBC initially decided not to include any information because the law relating to abortion does not apply to Northern Ireland.

"There continues to be debate about abortion in the UK," a spokesperson said.

"The Abortion Act 1967 reformed the law relating to abortion but does not apply in Northern Ireland, where the framework for abortion therefore differs from other parts of UK."

The BBC have since updated the website to include relevant information about abortion services in England, Scotland, And Wales.

The broadcaster was criticised by the British Pregnancy Advisory Service (BPAS) for failing to make the information available after the programme's airing.

They said that abortion was not "contentious" and urged viewers of the episode to complain.

You can complain to the #BBC here: https://t.co/Y5sZEwctIf#Abortion has been legal in UK for over 50 yrs. It is the most commonly performed gynaecological procedure. 1 in 3 women will have an abortion in her lifetime. BBC should provide info.#CallTheMidwife #NotControversial pic.twitter.com/KpdeeySoHz

popular
Traditional names such as Mary, Maureen, John and Michael may soon be extinct
Kylie Jenner fans are convinced she just announced her son's name
The 2 Johnnies share unbelievable catfish ordeal as woman 'targets 40 people'
Pink just announced she was pregnant in gorgeous image
Toddler drowns in swimming pool while on holidays in Costa Blanca
Why Are Men so Obsessed With Boobs? The Answer is Pretty Surprising...
Kevin Spacey charged with four counts of sexual assault against three men
You may also like
1 week ago
Deborah James thanks fans as book goes straight to top of Amazon's bestsellers
2 weeks ago
BBC's Deborah James tells husband to "move on" after her passing
2 weeks ago
Podcaster Deborah James says "no-one knows how long I've got left" as she moves to hospice
2 months ago
Tributes pour in for actress Lynda Baron, who has died aged 82
3 months ago
Brendan O'Carroll criticised for Tyler Perry comments on The One Show
3 months ago
Legendary Eastenders actor Leonard Fenton dies aged 95
Next Page