Here are all the best movies on TV today

A very healthy selection on the box.

With Bad Boys For Life, Bombshell and Just Mercy all being released in your local cinema this weekend - you can check out our reviews of them here - it's a pretty decent few days for new releases.

However, if you fancy chilling on the couch and staying nice and cosy, here are the best films on TV tonight.

Jack Sparrow races to recover the heart of Davy Jones. Yep, remember him? He's the owner of the finest squid-beard in cinematic history.

Not as good as the Lego Movie but it still packs a few laughs.

" Well... I attended Juilliard... I'm a graduate of the Harvard business school. I travel quite extensively. I lived through the Black Plague and had a pretty good time during that. I've seen the EXORCIST ABOUT A HUNDRED AND SIXTY-SEVEN TIMES, AND IT KEEPS GETTING FUNNIER EVERY SINGLE TIME I SEE IT... NOT TO MENTION THE FACT THAT YOU'RE TALKING TO A DEAD GUY... NOW WHAT DO YOU THINK?!?!?!?!? You think I'm qualified?" 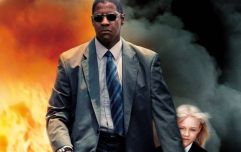 Here are the best movies on TV today

END_OF_DOCUMENT_TOKEN_TO_BE_REPLACED

It really should have been much better than what it ended up being.

Ethan Hunt and his team take on their most impossible mission yet, eradicating the Syndicate - an International rogue organisation as highly skilled as they are, committed to destroying the IMF.

It's the one where Tom Cruise hangs off a plane and it's very good.

You know what you're getting into. 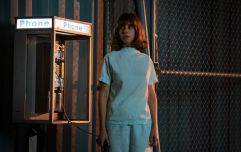 WATCH: Netflix has released the unsettling trailer for their new movie Horse Girl

END_OF_DOCUMENT_TOKEN_TO_BE_REPLACED

Clark Griswold: Hello, my family and I were looking for sex.

Colin Farrell, Jennifer Aniston and Charlie Day are all solid throughout, but the film is a bit uneven.

Controversial klaxon, it never should have won the Oscar over Boyhood.

However, there's still lots to like about Iñárritu's tale of a washed-up actor that's attempting to revive his fading career by writing, directing, and starring in a Broadway production.

Michael Keaton is great throughout, but we still prefer him in Beetlejuice.

James Mangold went on to make the brilliant Logan with Hugh Jackman. Their first stab at the beloved X-Men character isn't great though.

Neil Jordan won an Oscar for this tale of a British soldier kidnapped by IRA terrorists who soon befriends one of his captors. However, he becomes drawn into the soldier's world.

Definitely worth watching if you've never seen it before.


popular
BRB, running to Penneys for the €19 trousers that look like they cost ten times the price
Singer Duffy has said she was drugged and raped after being held captive
Met Éireann have issued a fresh snow/ice warning for three counties
'Be A Lady, They Said!' You need to watch this incredibly powerful video about being a woman
'Be a lady they said' made waves yesterday, at the exact moment it should have
The comfy €42 M&S boots we're going to be living in all spring
Holly Willoughby's Zara shirt is the workwear must-have you need in your life
You may also like
1 month ago
Downton Abbey creator confirms plans to start work on a sequel
1 month ago
Dublin's Olympia Theatre to host Bohemian Rhapsody and The Greatest Showman sing-a-longs
1 month ago
David Attenborough's spectacular new documentary will be shown in Irish cinemas with a Q&A after
1 month ago
David Attenborough’s new Netflix documentary looks absolutely breathtaking
2 days ago
WATCH: Jahmene Douglas says X Factor was 'traumatising', urges singers to avoid it
2 days ago
The Friends reunion special could easily become a new series, if the one-off goes well
Next Page