Bradley Walsh is a sound lad.

Some would even go so far as to say that Bradley can do no wrong and that he is perfect in every single way.

Not everyone says that though. In fact, some people think that ol' Walshy is actually a bit of a snake after seeing yesterday's episode of the show.

And like, we definitely disagree but whatever, here's what went down.

Both Chaser The Beast and Bradley slagged her for her decision, saying that it was virtually pointless to go for two grand. 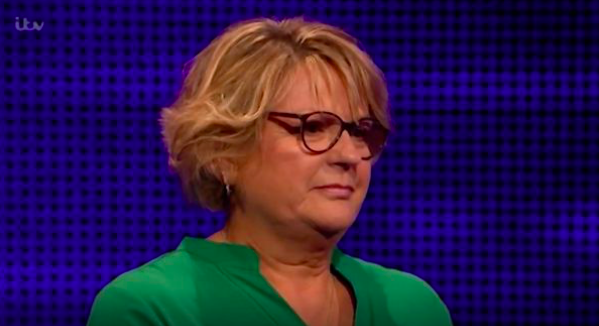 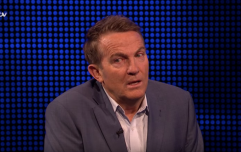 END_OF_DOCUMENT_TOKEN_TO_BE_REPLACED

Bradley chimed in then and said: "In the grand scheme of things with four in the final it's a loss of £250 each."

After the player made her choice to go with the £2,000, Bradley continued: "I can’t believe you’ve done that. What a joke."

She then changed her mind.

Like, Bradley's not wrong (he never is) but people at home were fairly unimpressed that he tried to sway the contestant's opinion - and then proceeded to mercilessly drag her on national TV after she made her choice.

Can’t have Linda taking home any cash after putting only 1k in pot .... they should be able to vote off weakest player ... 😃#TheChase

Linda only deserves s thousand pound of the prize pot if they win! #thechase

Linda, unfortunately, only came back to the game with £1,000 for the pot despite the fact that everybody else tore it up.

Though, in fairness to her, she might've gone for £2,000 if it hadn't been for Bradley and The Beast getting all involved.


popular
Zara's €20 top comes in eleven different colours and it's the cosy comfort we need
Golden retriever Sunny delivers groceries to his owner's neighbour and what a good boy
'You've been great' It looks like Harry and Meghan just shared their final Instagram post
Meghan and Harry issue statement following Donald Trump's Twitter comments
Check out the €13 Zara bargain that will brighten up your Wednesday
#Covid-19: Life cannot go 'back to normal' after Easter Sunday, says Simon Harris
So, William and Harry have a step sister... and who knew?
You may also like
4 months ago
Bradley Walsh teases a major 'shake-up' for The Chase
4 months ago
There's a new Chaser joining The Chase, Bradley Walsh has revealed
5 months ago
The Chase's Jenny Ryan has got a serious set of lungs on her, as per last night's X Factor: Celebrity
10 months ago
The Chase's Bradley Walsh was left speechless after a contestant kissed him ON THE LIPS
11 months ago
The Chase's Mark Labbett just opened up about marrying his second cousin
1 year ago
Bradley Walsh absolutely lost it over a question on The Chase last night
Next Page