Already binged your way through all eight episodes of Bridgerton season 2?

The latest instalment of the series dropped on Netflix earlier this month, and needless to say, fans across the globe didn't take long to get stuck in to find out how life is going for the Bridgerton children.

END_OF_DOCUMENT_TOKEN_TO_BE_REPLACED

Based on the namesake book series by Julia Quinn, Bridgerton is set in London during the 1800s, and the series focuses on one of the Bridgerton children at a time. In season one, Daphne was the main character, and in season two, it is Anthony we get to know the best. The siblings are searching for true love in what we can only call a rather competitive marriage market, and all the trials and tribulations that entails.

Bridgerton season 3 – what we know

The good news? We do know there will be a season 3 – and we might even have some juicy deets on what will be going down when we once more reunite with Lady Whistledown and company.

END_OF_DOCUMENT_TOKEN_TO_BE_REPLACED 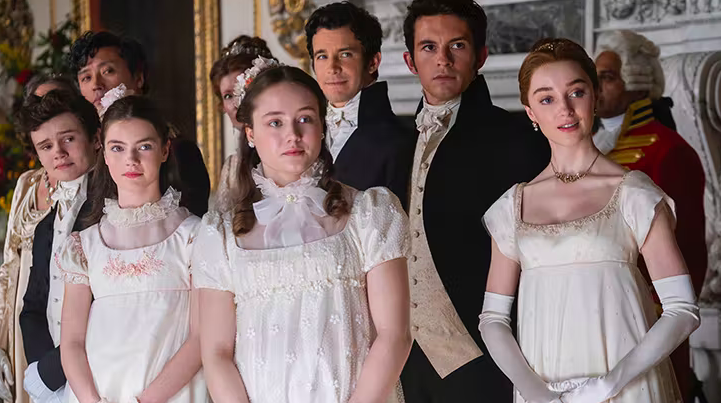 But while Netflix has yet to drop a trailer or reveal which of the Bridgerton siblings will be highlighted in season three, there are speculations we can rule out Francesca, Gregory and Hyacinth, as the three are simply too young still to settle down.

END_OF_DOCUMENT_TOKEN_TO_BE_REPLACED

So for those in the know, that only leaves us with three possibilities (as Daphne and Anthony have already had their series): Benedict, Colin and Eloise.

If you are familiar with the books, you might already know that if Netflix opts to follow the books chronologically, the new season should focus on Benedict.

However, rumours are swirling that the streaming service will bypass Benedict and skip straight to the fourth book, where it is Colin who is the main character.

Look away if you want to avoid any spoilers, but in the fourth book, Colin finally comes to his senses and realises that the lovely Penelope is worth courting, something die-hard fans of the show will no doubt love.

There are also speculations we could see the show jumping straight to Eloise, who we do see a good bit of in season two, but only time will tell.

The ball is in your court now, Netflix.

popular
Traditional names such as Mary, Maureen, John and Michael may soon be extinct
Mum shares hepatitis warning after young daughter is hospitalised
Wagatha Christie: Rebekah Vardy storms out of court just 30 minutes into final day
Deborah James "scared to go to sleep" as she receives hospice care
Husband demands divorce after wife changes baby's name behind his back
Princess Charlene says she's "still fragile" after health issues
Kylie Jenner fans are convinced she just announced her son's name
You may also like
1 week ago
Christine Quinn confirms she'll be on the next season of Selling Sunset
1 week ago
Virgin River season 4 is coming – and here's what we know so far
1 week ago
Bridgerton has announced a newbie coming to season three
2 weeks ago
Ads could be coming to Netflix before the end of this year
2 weeks ago
Selling Sunset's Christine Quinn says she quit Oppenheim group before the reunion show
3 weeks ago
Grace and Frankie's last-ever episodes are here – and why this show was so important
Next Page