A Canadian TV network has defended its decision to cut Donald Trump's cameo from Home Alone 2:Lost In New York.

The country's national broadcaster, CBC, aired the Christmas movie earlier this month without the scene featuring the current President of the United States. 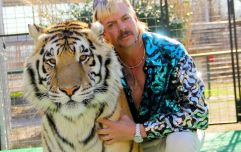 END_OF_DOCUMENT_TOKEN_TO_BE_REPLACED

The seven second cameo involves Macaulay Culkin running into Trump in the Plaza Hotel and asking him for directions.

The scene, along with eight other minutes of footage, was cut from the film by CBC to make the running time shorter. The network denies that the cut was politically motivated.

If anyone is looking for the Home Alone 2 cameo from @realDonaldTrump that was edited out by @CBC, here it is in all its glory. 😱🎄🎁 pic.twitter.com/pzaEpxS7ws

"The scene with Donald Trump was one of several that were cut from the movie as none of them were integral to the plot,"said CBC spokesperson Chuck Thompson.

"These edits were done in 2014, when we first acquired the film and before Mr Trump was elected president."

Despite this entirely acceptable explanation, both Trump and his son have actively lamented the broadcaster's cutting of the clip on social media. 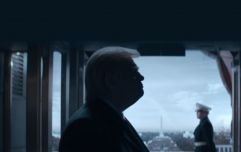 END_OF_DOCUMENT_TOKEN_TO_BE_REPLACED

Retweeting an article about censorship, the president said: "The movie will never be the same again! (just kidding)."

He also added: I guess Justin T doesn’t much like my making him pay up on NATO or Trade!" alongside an article declaring that the film had been shortened to make room for more ad breaks.

This comes after the first cast members of the Home Alone reboot were officially announced.

Archie Yates, Ellie Kemper, and Rob Delaney will star in the upcoming festive Disney movie that aims to retell the classic story to a new generation.

The reboot will be exclusive to Disney + and will be directed by Dan Mazer.

It is believed that Yates will not be playing the iconic Kevin McCallister, but a new character in a similar premise to the original franchise.

popular
Norma Foley addresses concerns over schools staying closed in January
Jeffrey Epstein's private jet made multiple stopovers in Ireland
Meabh Feerick passes away after sharing that she felt "let down" by Irish healthcare system
Ryan Tubridy hints this year might be his last Toy Show
Weather warning issued to motorists ahead of "unpredictable" conditions
Stacey Solomon mortified after walking around shop in see through leggings
Jenny Claffey: "I was known for this very specific brand, did anyone want to listen to me on my own?"
You may also like
10 months ago
Donald Trump hints at potential second term as he officially leaves White House
10 months ago
Donald Trump planning 100 pardons on last day of presidency
10 months ago
Macaulay Culkin calls for Donald Trump cameo to be removed from Home Alone 2
10 months ago
Arnold Schwarzenegger compares rioters to Nazis, calls Trump "worst president in history"
10 months ago
Two photos of Capitol building 1,448 days apart encapsulate horror of Trump presidency
10 months ago
Donald Trump banned from Facebook, Twitter and Instagram
Next Page