The pooch even formed a special liking for one character.

With the full cast walking the red carpet surrounded by fans and lots of special features during the event, including a Storm Trooper march.

Harrison Ford was there, as was Simon Pegg, Carrie Fisher, Lupita Nyong'o, Director JJ Abrams and many more. But, there was one thing that stole the show. 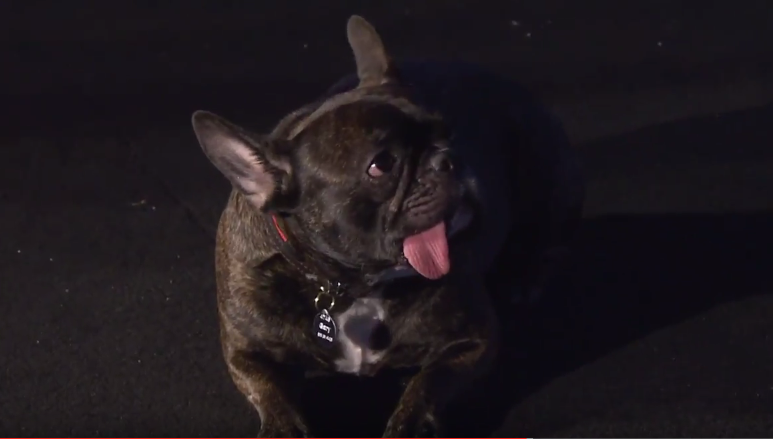 Fisher, who plays Princess Leia in the movies, brought her dog onto the red carpet and up on the stage where all the cast gathered. The funniest part was that all Gary wanted to do was play with BB8, much to the amusement of everyone else.

Gary chased and jumped at BB8 while on the main stage prior to the screening of the movie. 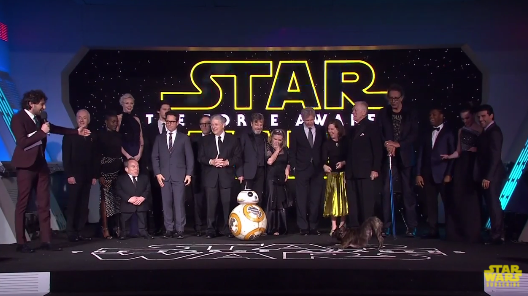 After all, he is a dog so he wasn't just to go trot along the red carpet unfazed by all that chaos.

Watch the full build up and live coverage from the red carpet at Leicester Square here:

popular
Vogue Williams slams man who refused to swap seats with her on plane
This is why the world is obsessing over Adidas Gazelles
Are we getting a mini heatwave in September?
Phoebe Bridgers and Paul Mescal go sale agreed on West Cork home
Ryanair, easyJet and BA issue warning to anyone boarding with smart bag
Scarlett Moffatt slams 'disgusting' pap for sneaking into hotel to take photos of her
Green Party representative calls for a temporary ban of stag and hen parties in Ireland
You may also like
3 months ago
Pirates of the Caribbean creators not ruling out Johnny Depp's comeback despite trial
4 months ago
WATCH: New camera angle shows Jada Pinkett Smith's reaction following Oscars slap moment
4 months ago
Will Smith was asked to leave Oscars but refused to leave, Academy says
4 months ago
Will Smith apologises to Chris Rock for slapping him at Oscars
4 months ago
WATCH: The trailer for Where the Crawdads Sing is here
4 months ago
Sneak peek: See the first images of Daisy Edgar-Jones in ‘Where the Crawdads Sing’
Next Page