She was evicted from the Celebrity Big Brother house last night.

And now CBB's Chloe Ayling has a message for Jermaine Pennant's wife - after finding out she existed in the first place.

The 21-year-old appeared to be gobsmacked when she found out that the footballer hadn't been totally honest about his relationship during her post-eviction interview last night [August 28].

END_OF_DOCUMENT_TOKEN_TO_BE_REPLACED 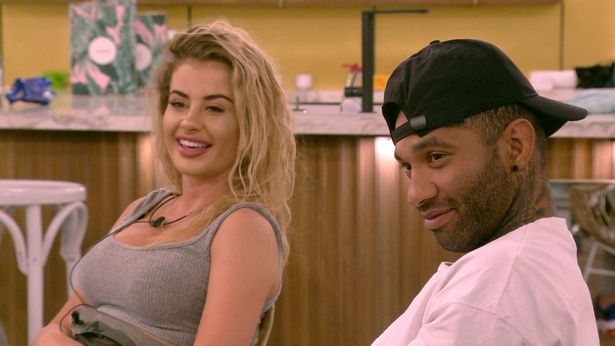 Throughout their brief time in the house, the pair had been sharing a bed, trading love notes (thanks to Chloe's eyeliner and compact) and kissing.

But viewers were left fuming over their antics, as Jermaine has been married to model Alice Goodwin for the last four years.

Following the revelation about his relationship status, Chloe - who claimed to not know he was married until she left the house - said that she had a message for his wife.

According to DigitalSpy, she said:

"I would apologise to her [Jermaine's wife], but then I would have to say that I could only go by what I was told and I knew nothing else.

"When you're in that house, there's no other way of checking what he's saying is true. I could only believe that. I'm sorry this happened, but it's his problem.

"I don't think he's worth it at all if he'd publicly do that."

popular
Vicky Phelan says she wants to pass away in holiday home "for the kids' sake"
Scotland international rugby star Siobhan Cattigan tragically dies, aged 26
Stacey Solomon mortified after walking around shop in see through leggings
Meabh Feerick passes away after sharing that she felt "let down" by Irish healthcare system
Why Are Men so Obsessed With Boobs? The Answer is Pretty Surprising...
Norma Foley addresses concerns over schools staying closed in January
Here's the average age people lose their virginity around the world
You may also like
1 week ago
WATCH: The trailer for Netflix's Anna Delvey series is finally here
1 week ago
Everything we know about Selling Sunset spin-off, Selling Tampa
1 week ago
I'm a Celeb trials set to be different this year, producers say
2 weeks ago
Vogue Williams to host new body image show Send Nudes
2 weeks ago
Bake Off fans heartbroken after fan favourite leaves the tent
2 weeks ago
It's official, a Harry Potter cast reunion is taking place
Next Page