One might imagine that the X Factor finalists are living in the lap of luxury...

But according to Che Chesterman, that's not the case at all.

In fact, he had an awful lot to give out about this week, and he's worried conditions in the house will lead to illness and his chances at the X Factor crown sacrificed. 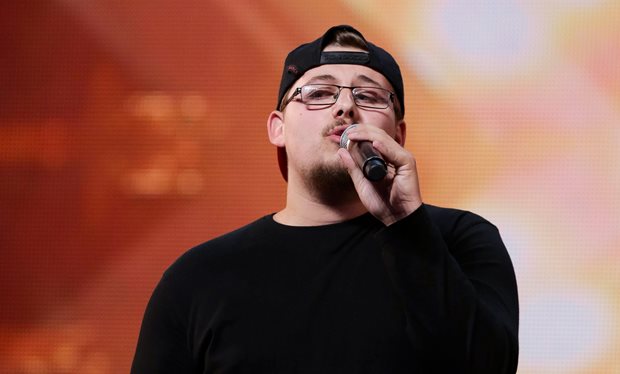 END_OF_DOCUMENT_TOKEN_TO_BE_REPLACED

Speaking to the Mirror, he revealed that the finalists have been having cold showers for the past four days thanks to the boiler being broken.

The 19-year-old vented: “The least glamorous thing about the show is the house hasn’t got hot water.

“We’re all having cold showers. That’s a bit of a bummer. I’m going to be ill. I don’t mind cold showers, but not every day. It’s been off for three or four days now. I hope it’s fixed soon – I need a hot shower.”

He also admitted that the contestant's diets left a lot to be desired.

“I’ve been eating more takeaways than I did at home. It’s really weird. You don’t eat at normal times.

“There have been more takeaways than I’ve ever eaten in my life.”

Tonight's semi-final will see the four remaining acts (Che Chesterman, Louisa Johnson, Lauren Murray and Reggie 'N' Bollie battle it out for a place in next week's final.

popular
16 and Pregnant star Jordan Cashmyer dies aged 26
Gardaí seize two cars linked to Ashling Murphy death as they question new suspect
Irish in Sydney shaken by Ashling Murphy murder
A celebrity hairstylist just shared a genius hack for the perfect messy bun
Here's where all the 149 tickets that won €36,687 in Saturday's Lotto were sold
Dancing on Ice professional Sean Rice dies at 49
"This has to end": Vicky Phelan pays tribute to Ashling Murphy
You may also like
4 months ago
X Factor star Freddie Combs dies aged 49
5 months ago
Alexandra Burke says she was "asked to bleach" her skin
9 months ago
Cher Lloyd appears to call out X Factor exploitation in viral TikTok
1 year ago
Love Island band 'No Love Lost' confirm split as Wes Nelson is 'working' on solo record
2 years ago
X Factor's Fleur East got married this weekend in the most stunning dress EVER
2 years ago
Simon Cowell to relaunch Celebrity X Factor in desperate bid to save ratings
Next Page