Chris Pine has had enough with people getting him confused with every other actor named 'Chris'.

The actor hosted this weekend’s episode of Saturday Night Live and he had one piece of housekeeping to get out of the way before he got the show on the road.

Chris begged fans and everyone else to stop getting him confused with three other Hollywood actors named Chris and the movies they star in.

After reading part of his monologue from the teleprompter, Chris was apparently shocked that even production staff at SNL had him confused with Guardians of the Galaxy actor, Chris Pratt, and had to set the record straight. 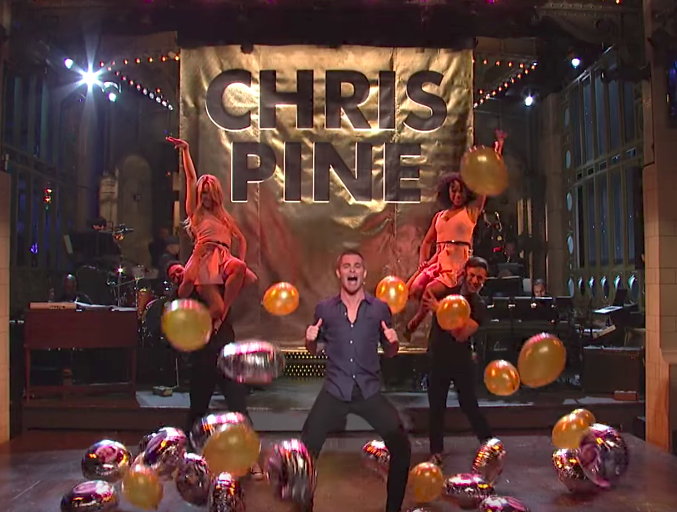 The actor broke into song to help educate viewers about the differences between him, Chris Pratt, Chris Evans and Chris Hemsworth.

The skit was also aided with a giant diagram showing the differences between the four actors.

Watch the hilarious opener below.

popular
H&M to close 170 stores this year due to dropping sales
Casper Walsh from Versatile got engaged this weekend, and the ring is INSANE
QUIZ: How well do you remember The Princess Diaries?
5 reasons why Limerick is an ideal staycation destination this summer
Boojum are now delivering pre-prepared meals that you can cook in your own home
Glee star Naya Rivera is missing after a boat trip in Southern California
IVF in the time of Covid-19: What will change and where do we go from here?
You may also like
2 weeks ago
QUIZ: How well do you remember the very first episode of The O.C.?
2 weeks ago
Leo Varadkar defends use of Mean Girls quote in Covid-19 speech
1 month ago
Carole Baskin handed control of Joe Exotic’s zoo in Oklahoma following court case
1 month ago
PERSONALITY QUIZ: Which Normal People character are you?
1 month ago
'It's just reminded me how rich Sally's books are': Normal People producers on adapting Conversations With Friends during lockdown
1 month ago
'That’s the most honest answer': Skeet Ulrich reveals why he is leaving Riverdale
Next Page